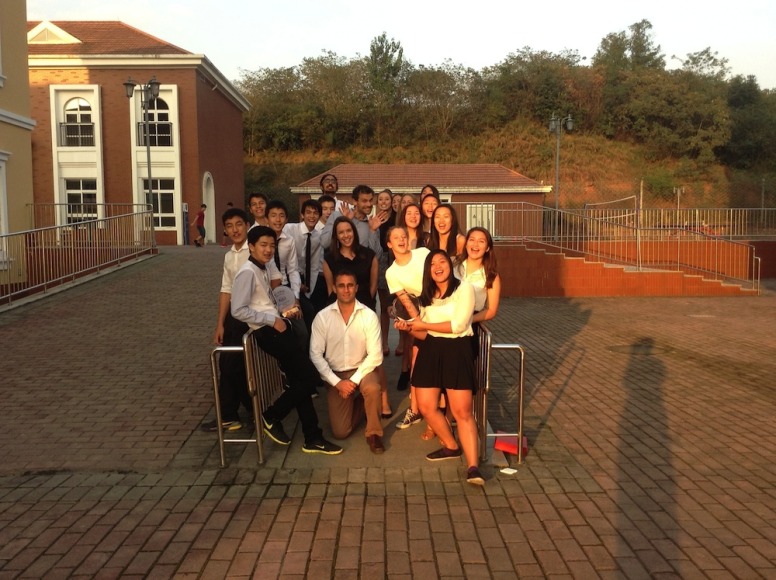 The ACAMIS (Association of China and Mongolia International Schools) Volleyball Tournament was held Saturday 1 – Tuesday 4 November. Hosted at Leman International School in Chengdu, China, this was the first ACAMIS sporting event for Discovery College this year. A good ISSFHK season for both the girls and boys teams meant that this was looking like an exciting tournament for our school.

After arriving in Chengdu, the teams were chaperoned around the local area and taken to a fantastic local restaurant by team member Patrick Hawkey before visiting the site of Mao’s statue and the centre of the city.

Day one went very smoothly for the girls team, winning three from three games convincingly. The boys won two fairly straight forward games but had a loss against YCIS Pendong who were a very strong team.

Day two saw both the boys and girls go through to the play offs with the girls topping their table and the boys coming through in second. Another convincing semi final from the girls saw them facing YCIS in the finals. The boys fought solidly to beat the International School of Dongguan in 3 sets to make their final against YCIS Pendong.

A fantastic tournament which sheds positive light on the potential to play further ACAMIS events and have our DC students extend themselves in tournament environments.