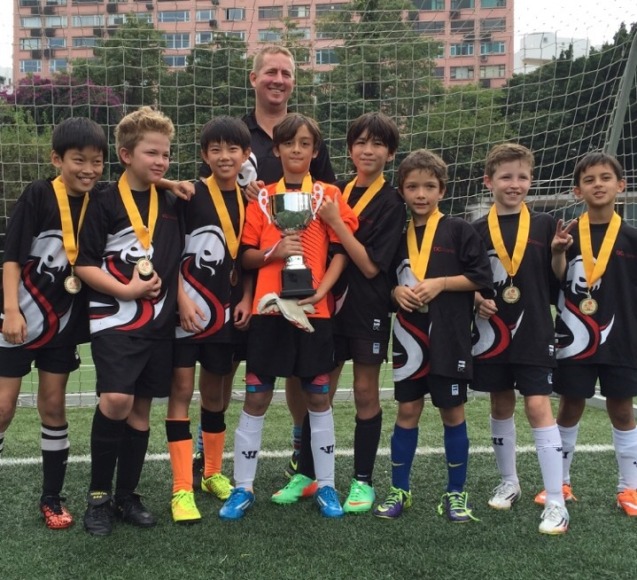 The DC Cobras Boys Primary Football team took part in the ESF Football Tournament last weekend. In the group stages we were in fine form and managed to beat Chinese International School 4-0, Kellet Kowloon Bay 5-0, Kellet Pokfulam 4-0 and Beacon Hill School 4-0. This put us through to the Cup semi-final where we played DBIS. A lot of the players knew each other from being in local DB teams together and it proved to be a very tight affair with both teams defending well and creating few chances. In the end we scored with a minute left to win 1-0. This put us in the final against RCHK. The boys stepped up another level and ran out comfortable 3-0 winners. It has been a great year for the primary team as they have now won the ESL Anniversary Tournament and the ESF Tournament. The squad from the weekend included Jay Haddow (c), Chris Stenersen, Xavier Chang, Matthew Cheung, Nicholas Marrero, Tommaso Mauriello, Samuel Kwok and Tommaso Frassinetti.