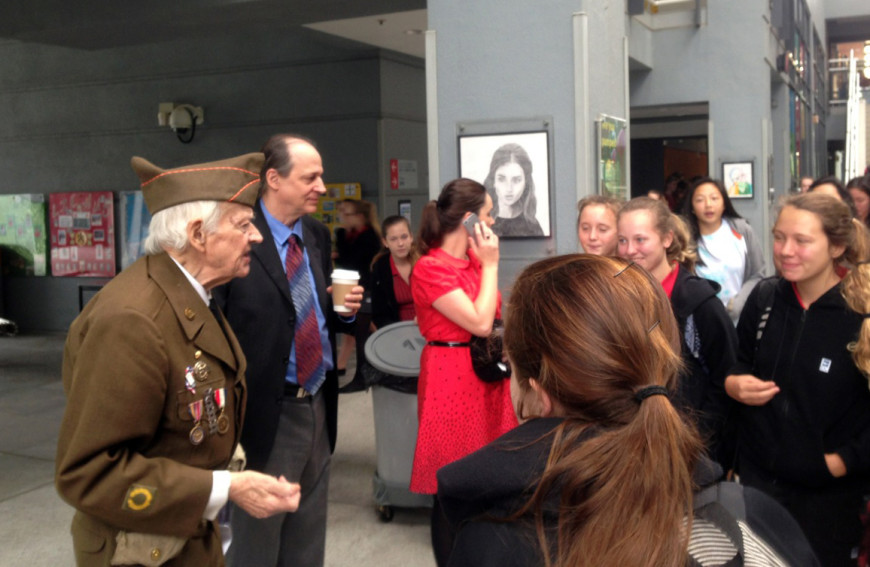 In keeping with International Holocaust Remembrance Day on January 27 and in conjunction with the HK Holocaust and Tolerance Centre, DC was visited by guest speaker, U.S Army Sergeant Rick Carrier (ret.).  Carrier was an assault reconnaissance combat engineer attached to General Patton’s Third Army during World War II. On April 10, 1945, while on a reconnaissance mission, Carrier discovered the Nazi concentration camp of Buchenwald near Weimar, where over 230,000 prisoners were taken between 1938 and 1945.  Carrier spoke to a packed theatre of his experience of first encountering the prisoners of Buchenwald, the shock and horror of what he saw, and his engagement with the liberation process. It was powerful, memorable eyewitness testimony that underlines the enduring importance of remembering the Holocaust. His talk was particularly resonant for Year 9 students who have been studying Holocaust literature for English.