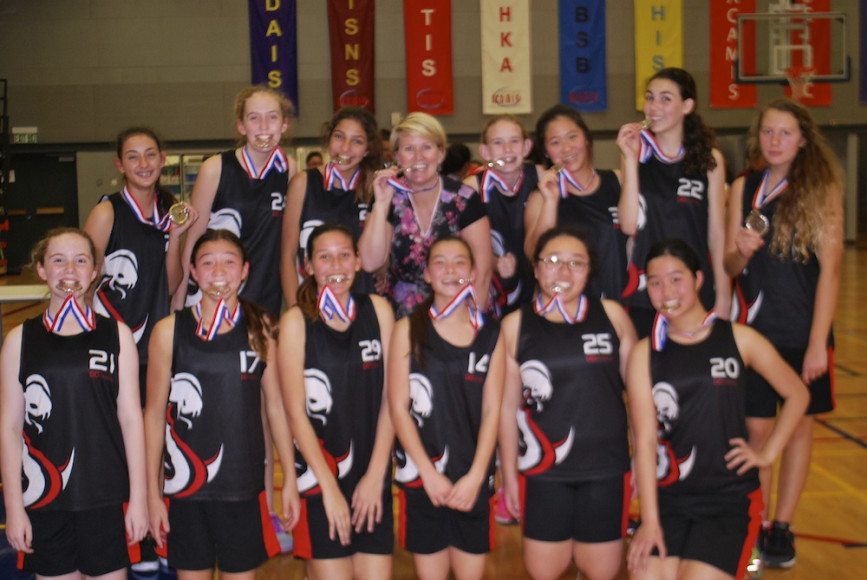 U14 Girls Basketball played hard in the grand finals

The U14 Girls Basketball team has had a wonderful season of basketball. With a close game against Hong Kong Academy, and last week yet another win against Victoria Shanghai Academy, we were certain to do well in the finals with only one loss all season against DSA 30-29.

The Grand Final game was on Tuesday against DSA. It was a very tough game but the girls displayed great sportsmanship and stamina. We ended up coming in second place, which is amazing considering we had a team of first time players, netballers and rugby players, however now transformed into basketballers.

The girls have joined together to form a strong and capable team with great defense by Shanna, Hannah, and Anjelika. We get excited by Flo, Nina and Sophie’s fast breaks and Shanna, Yion and Isabella’s shooting and rebounding are just awesome. Our hard workers of Nicole, Alyssa, Emily and Nicole Woo have assured our position this season.

I would like to personally thank the girls for their hard work, laughter, funny stories and resilience over the season. They have improved considerably through training and games and I look forward to the next season. I am very proud of not only their game time but their behavior off court as well.