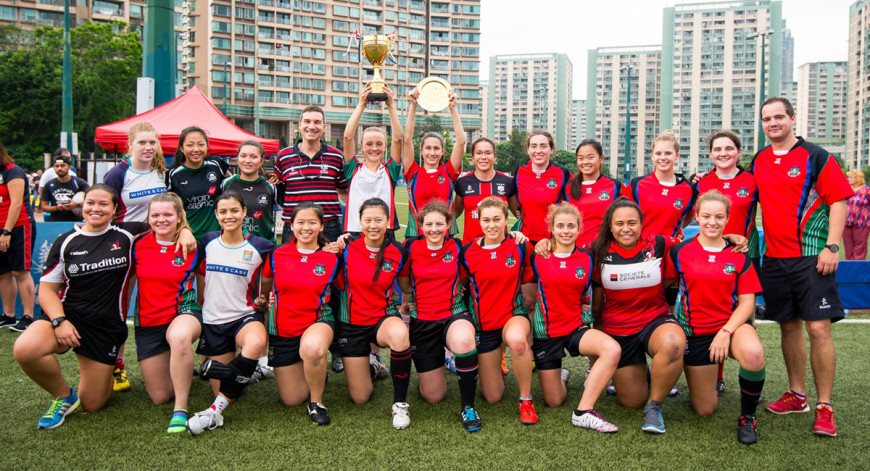 Sandy Valley Pirates U19s won the Cup and Plate at the 10th Anniversary All Girls Rugby Tournament 2015 at Kings Park last week, successfully defending their title of 2014. DC students, Eleanor Udall (Y13), Ashley Brooks (Y12) and Chloe Chan (Y12) and their team have been unbeaten in all their tournaments this season. They are also the league winners for the 2014-15 season. Sadly Eleanor played her last game of the season with SVP as she is now committed to her IB finals before heading back to the UK to university to study and continue her rugby.

Ashley Brooks and Chloe Chan have been selected for the U18s Sanix Tour in Japan at the end of April. All three girls have been part of the National Age Grade programme, the HK Elite Youth Rugby Sevens programme and played for the DB Pirates Ladies Team. Congratulations to all three girls for their amazing achievements in rugby.

Cameron Smith (Y12) has been selected for the HK U20s National squad to play in Portugal next month in the Junior World Trophy Rugby Competition. This is a great achievement of which he should be very proud, and we wish Cameron all the best.