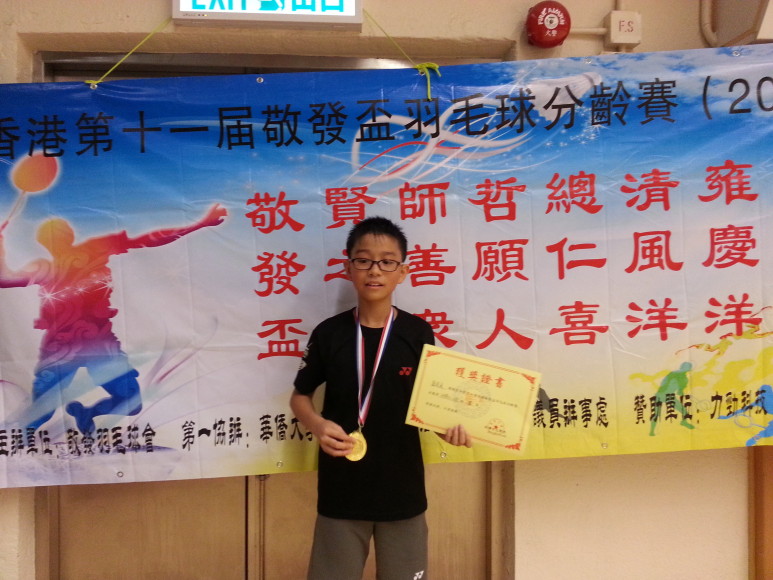 Over the break Alfred Lo, Y9, played in the 2015 Jing Fa Cup Competition in the 12-year-old age group. Winning comfortably in the preliminary matches the final went to 20/20. Alfred’s nerve held and he won on the final point and the match 21/20 to be the competition champion. Our congratulations goes out to Alfred. Coraline Lo, who has just started Y3, had her first badminton competition success playing in the 7/8-year-old category at the 2015 Jing Fa Cup. Coraline won through to the semi-finals in two matches 15-9 and 15-11.  In the semi-finals she lost to a girl one year older 15-7 and so received 2nd runner up.