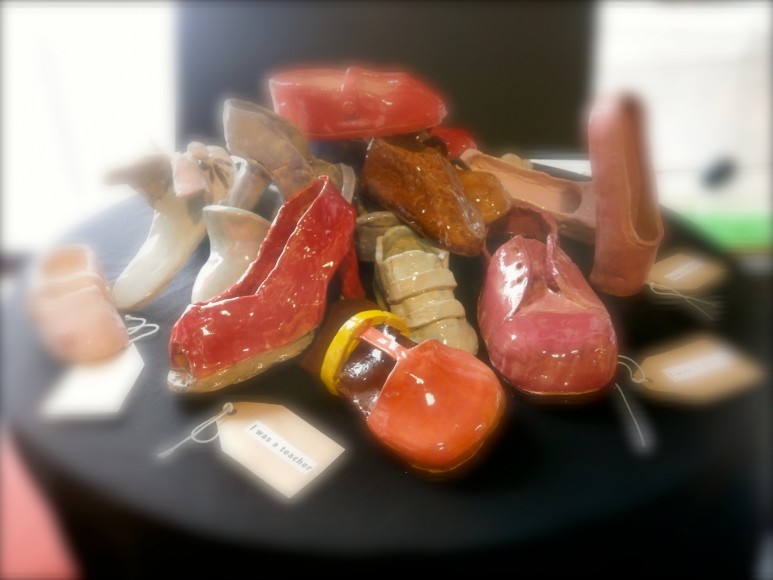 A group of Y9 & 10 students were involved in a Visual Arts project for Holocaust Memorial Day, 27 January. This was a community engagement project and the students created a very sensitive installation. The art piece is in memory of all those who perished in the Holocaust. Each individual shoe tells a story of those who were lost.The idea is based on the piles of shoes, suitcases, clothing, glasses found in Auschwitz after liberation.