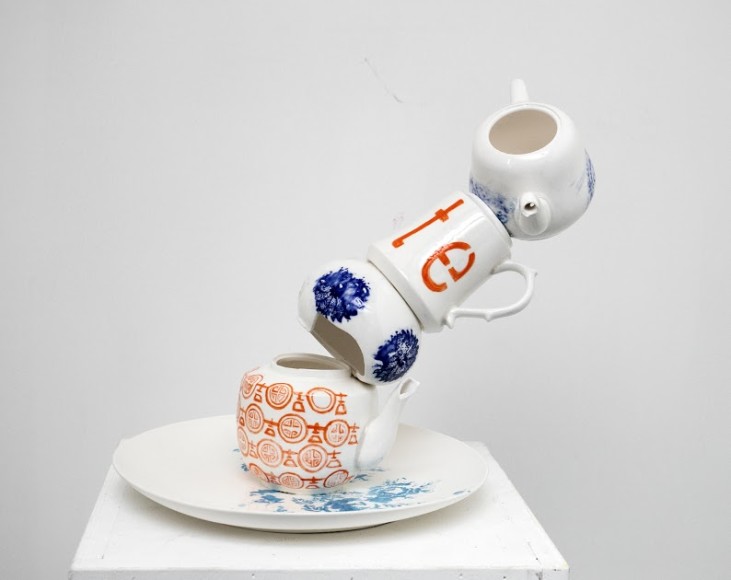 February Artist of the Month

Selina Wong, Y13, is our artist of the month for February. This is one of Selina’s final IB works. The ceramic leaning teapots were chosen because of the skills involved in the making of the piece and her very personal statement. Selina has provided a personal statement about the work:

The notion of identity, which the artists Song Dong and Do Ho Suh explore in their artworks, are heavily influenced from their personal experiences. This has inspired me to engage with my cultural identity. I have created sculptures and multimedia artworks that revolve around my personal connection with the term “white-washed”. The term can be defined as: “allegorical tales of those who have assimilated with western culture but not necessarily abandoning their own cultural identity, but rather embrace others instead of their own.“

My works are relevant to those who have fallen under the trap of “whitewash”. I believe I am one of the victims of the “whitewash” effect due to my surroundings. When I transferred to an international school, the shift to a Western learning environment disintegrated the connection and the incentive to rekindle with my own culture, almost just like how the term means – I have been “washed” by “white” culture.