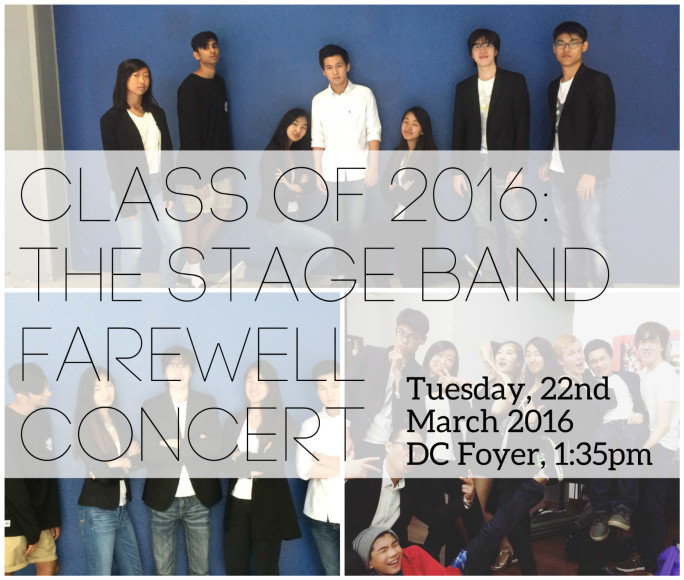 As the term draws to a close, the Discovery College Stage Band will be performing with its graduating members for the last time at their very own Class of 2016: Farewell Concert. Join them in celebrating their musical journey over the past few years with some of their favourites, ranging from Amy Winehouse to Bruno Mars. The concert will take place outside the Dance Studio during secondary lunchtime (1.30pm) on Tuesday 22 March. Don’t miss the opportunity to watch this year’s Stage Band perform one last time!

The Stage Band will be recruiting new members to replace this year’s graduating class, so if students are interested in joining DC’s musical family, keep your eyes peeled for audition notices later this year. The Stage Band will be looking to recruit vocalists, guitarists, drummers, saxophonists, clarinet players, and any other instrumental talent.