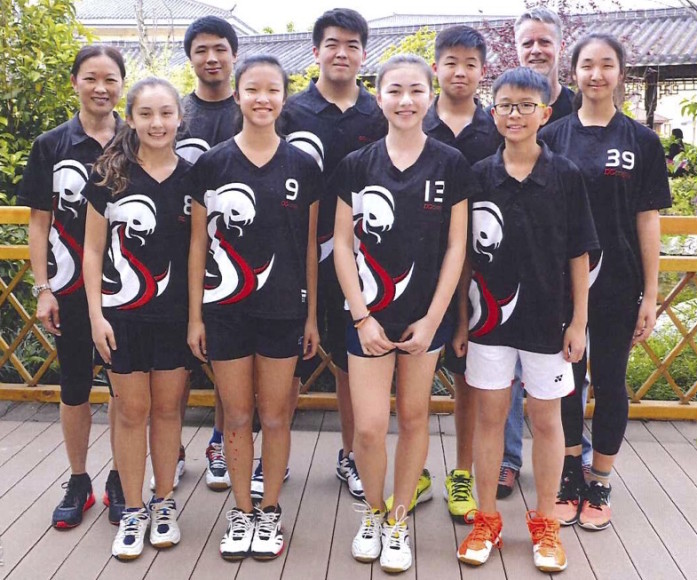 Our DC Cobras ACAMIS team returned triumphant from Nanjing, having been crowned team champions over 19 teams – 3 from HK, 1 from Taiwan and 15 from Mainland China. The team was made up of Alfred Lo (boys singles), Shirley Tang (girls singles) Ken and Yu Arima (boys doubles), Leila Bentley and Emily Choi (girls doubles) and Nicky Li and Charlotte Riedel (mixed doubles). After two days of playoffs, where all players were tested in 18 or more games, we topped our pool and entered the final playoff against the top 4 teams from each of the two pools. Amazing efforts by all members took us  through to the finals where we met Renaissance College.

After winning the boys singles and mixed doubles we were tied with RCHK 2:2. It all came down to girls singles. Shirley lost the first game and came back to win the second. In the tie-breaker, it was an epic battle, but Shirley’s mental strength prevailed. So what was the secret ingredient that helped DC across the line? It was the quality of the relationship between our players. When it counted they put the extra effort in for the team, playing above their experience and skills.  Shirley also achieved an individual silver as did Emily and Leila for the girls doubles.