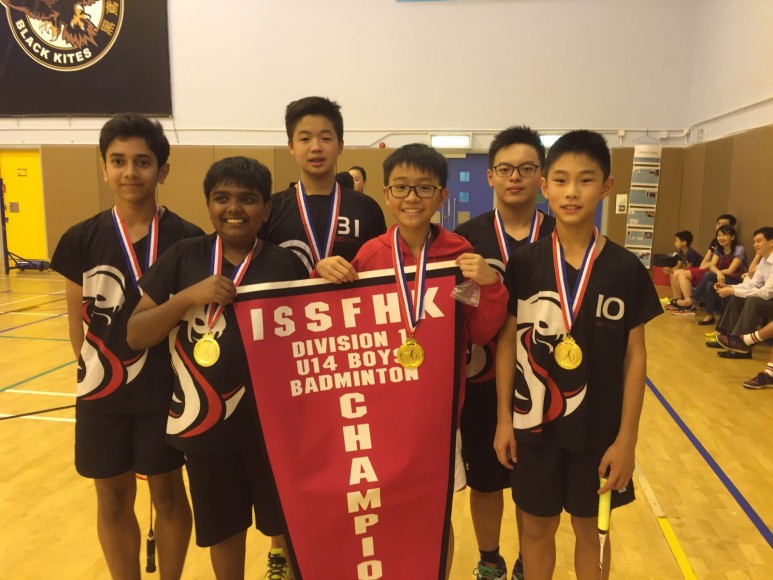 Gold and Silver for Cobra Badminton

This year has been a particularly successful year for our Cobra Badminton teams with 4 of our 6 teams making the International Schools Sports Federation of HK (ISSFHK) final and our recent triumph as ACAMIS Champions.

On Tuesday 26 March, our U14 girls and boys travelled to Renaissance College for their finals competition. After a hard fought semifinal and play-off for the bronze, our girls final placing was fourth. The U14 boys won through their semi and went into the final as favourites. They lived up to this by winning the ISSFHK U14 Division 1 Badminton Championships for 2016.

Also on Tuesday our U12 Girls travelled to Singapore International School for their finals berth. They won through in tight games against Canadian IS and went into the final against Renaissance College. Ultimately they played some of their best badminton but were unable to overcome the opposition’s power, ending up as the ISSFHK Runner-ups for 2016 and receiving the silver medal.

Our U16 Girls went into the semi-finals in the harder path of playing the top-ranked team first. Trying hard, they were unsuccessful and went into the play-off to finally place fourth. Well done to all the teams for a very successful year.