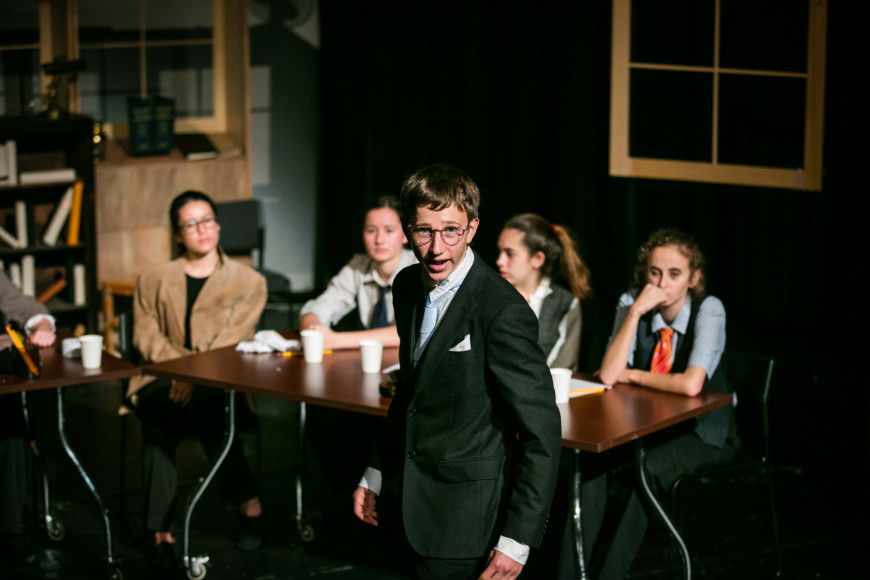 The Year 11 Drama Class performed Reginald Rose’s masterpiece, Twelve Angry Men on Thursday 14 April in the DC Theatre to their family and friends.

The play is set in 1950’s New York City, on a hot summer afternoon. It centres around twelve jurors locked in a room, who are given the task to decide the fate of a young boy from the wrong side of the tracks, who is accused of killing his father. After the curtain rises, the judge’s voice is heard offstage, giving instructions to the jury. He says that the defendant is being tried for first-degree murder, which carries a mandatory death penalty. The judge adds that if the jury has reasonable doubt about the guilt of the accused, they must acquit him. The verdict must be unanimous. What follows is a tense conversation which highlights the cultural differences, opinions and backgrounds of the jurors. The play highlights the themes of justice, democracy and responsibility which are still highly relevant in today’s world.

Twelve Angry Men is a challenging play, relying on the expertise and ensemble playing of the cast. This was an entirely led student production. Three students were voted to be the producer and two directors respectively. The other students then auditioned for their preferred role and were then divided into two casts. As well as acting, each student had the responsibility of a technical role. The Year 11 Drama class is an exceptional one and produced an incredibly strong ensemble piece which reflects the hard work, dedication and passion they have. They always supported and valued one another and continually striving to produce the best production possible and I am incredibly proud of them and their outstanding work.

Thank you to all those involved. 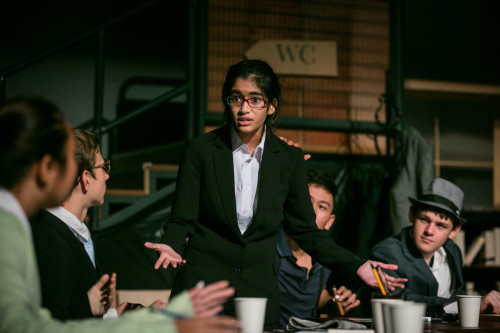 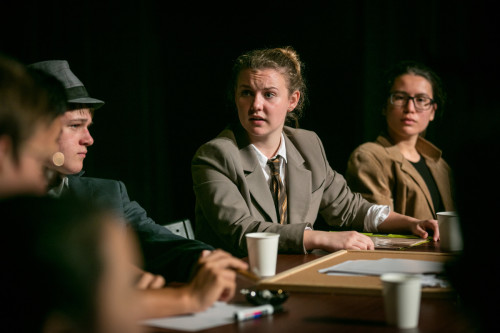 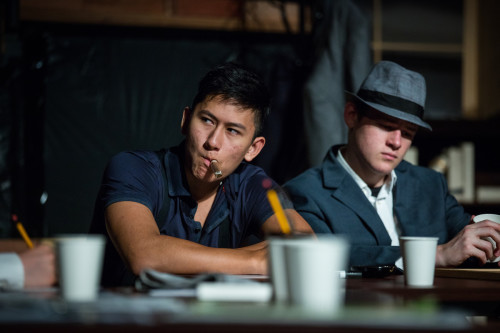