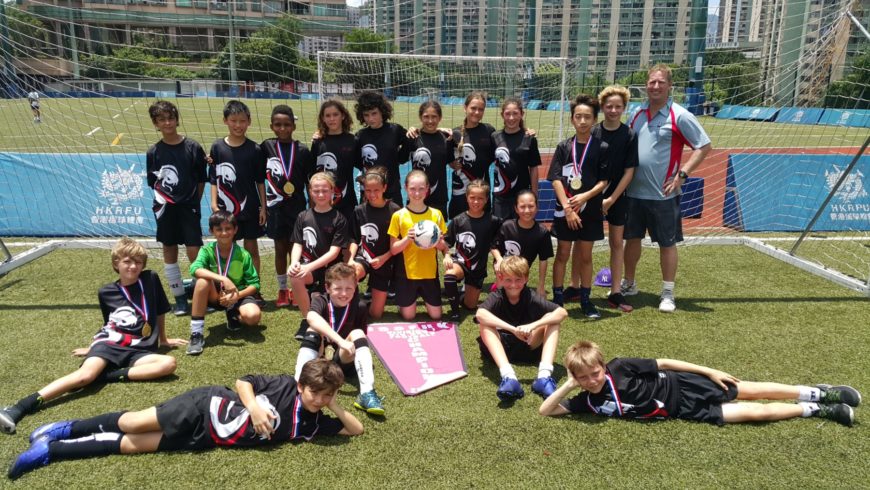 This year the Under 12s had two boys teams and one girls team taking part in the ISSFHK Under 12 League. The boys B team had a very good season and were unlucky to just miss out on the playoffs. The girls were a very young team with 6 of the 10 squad members still being able to play next season and some for two to three more seasons.

They did extremely well to qualify for the semifinals/finals day and eventually finish 4th. The boys A team had a very successful season by staying unbeaten in the group stages and coming top of their league. They then went into the semifinals/finals day and played against the top sides from HK Island. They managed to beat West Island School in the semi finals and then HKIS in the final to become ISSFHK Under 12 Football Champions 2016.