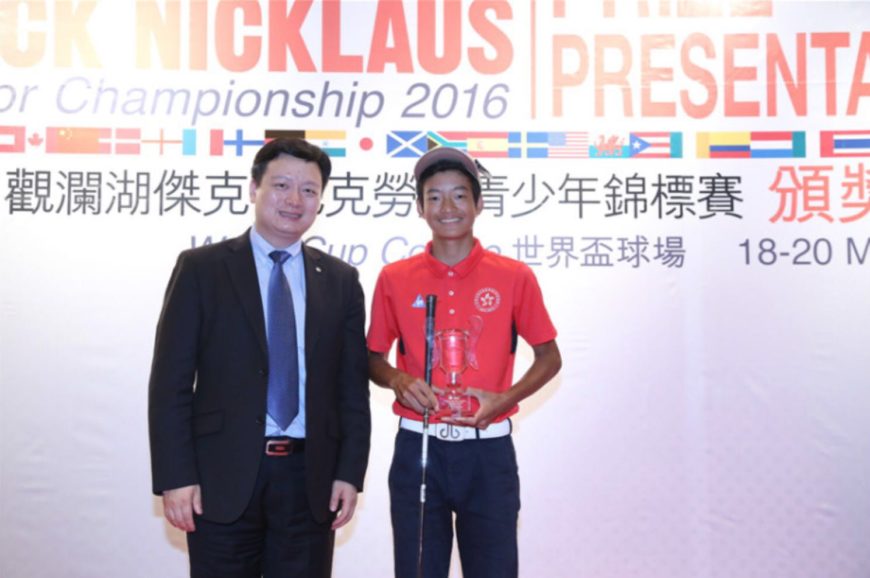 Taichi Kho (Y11), one of our DC scholarship students, recently competed in two major tournaments, achieving a top three finish in both.

Jack Nicklaus Junior Championship 2016 – Mission Hills, China. Taichi won 2nd place in the 15-17 age group, coming in 2 strokes behind the winner.  Taichi managed to shoot all 3 rounds under par: 71-68-70 (7 under), which was a new milestone for him.

These are remarkable results, considering that Taichi was playing against boys aged 16-17, yet managed to put himself in contention every time.