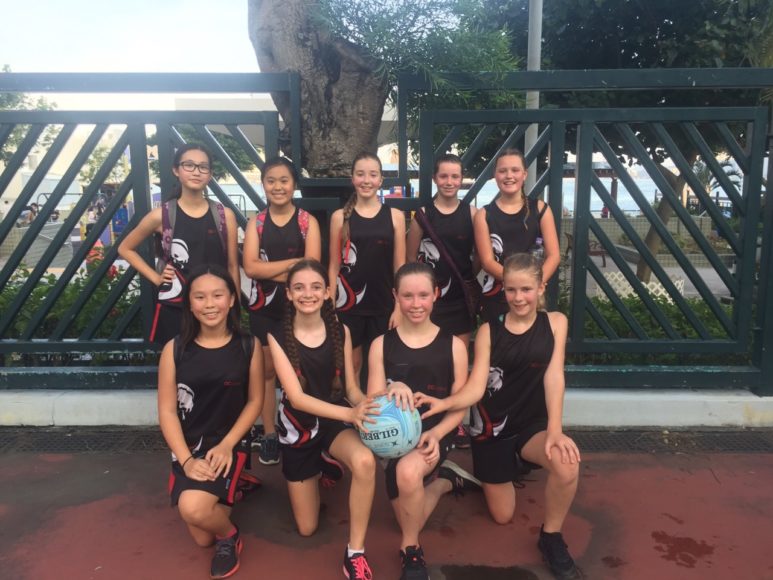 Round 2, and a dicey end to the week following Typhoon Haima. Our DC cobras U12 played a hard game against a strong HKCC team this week. There were many moments of amazing play and unfortunately a few faults that lost us opportunities to get points. Our Cobras held their own in tough conditions and made it back in the third quarter to being only behind by 1 goal only to fade in the heat of the day and final quarter. The final score going down 15-9 to the competition.

After the build-up of Typhoon Haima, we were all pleasantly surprised to be playing netball and grabbing the sunscreen rather than the umbrellas. The DC Cobras U14B team took on the ESF Wildcats South. From the first centre pass it was a close battle with the first goal taking a good 5 minutes! The Cobras worked extremely hard in the warm and humid conditions, battling for every ball. The team were supported tirelessly in defence by Lucy, Juliet, Renee and Kim. The attackers fought hard, with Eluisa, Mira and Tara running up and down the court, feeding into Julia and Sophie, who combined well in the goal circle. It was a nail-biting finish. Down by 2 goals going into the final quarter but the girls kept a positive attitude and ended up winning 9-7.