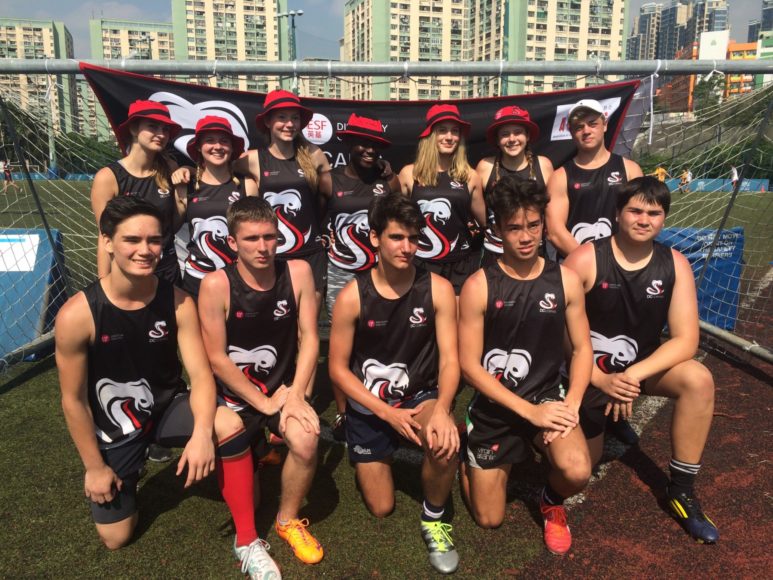 This was a U19 Mixed Touch Tournament with 40-minute games played over two days. Each team played 6 games over the course of the two days in which the sun shone and the heat was apparent, both on and off the field.

The DC Cobras team spent 8 weeks training for this tournament. Their first game against Nanjing International School 1 was a tough match in which the team lost by a high margin. This experience gave the team an idea of what to expect from the high standard of play that all teams brought. Game 2 on day one was against The International School of Macau 2. The DC Cobras figured out how to play the game at speed and wide, winning with a convincing result. Game 3 to complete pool play was against a very hungry Yew Chung International School. The Cobras were in the game for the first half but some sloppy defense in the second half, as well as fatigue, resulted in YCIS coming back with some quick tries to win the game convincingly.

On day 2, the DC Cobras, who finished 3rd in pool play, came up against a very tired Nanjing International School 2 team. The Cobras put together a very tidy attack and defense to win this quarter final game convincingly. In the semi-final game the DC Cobras went up against eventual winners the Australian International School. The team started strong and were able to hold out the attack of AISHK for a good 15 minutes but fatigue again plagued the team resulting in loss as the hooter signaled the end of play.

In our game to find 3rd/4th place in the tournament, the DC Cobras played against YCIS. This was a much better game played more competitively than the pool play game but unfortunately the team lost in this game.

Over the course of the tournament, there was great growth in the team, with players demonstrating a good understanding of the game of Touch Rugby and identifying the different approach to play this game versus playing contact rugby.

At the commencement of the tournament, praise was heaped on the DC Cobras, DC Sports Captains and the DC staff who assisted in making this a very successful tournament.

We now look forward to Season 4 ISSFHK Touch where we hope to continue to build on this development.