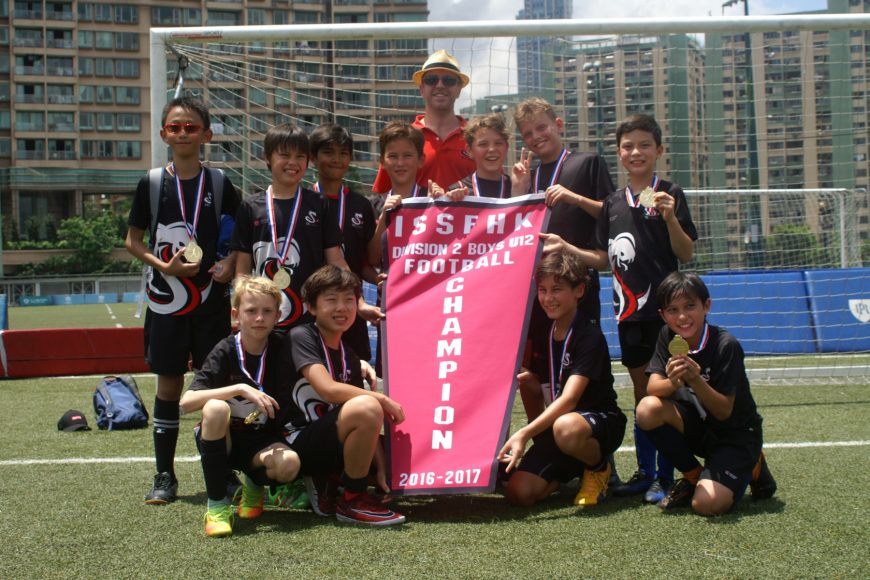 U12 Boys ISSFHK Division 2 Finals Day
The weather was scorching hot, and all of the players were sweating profusely. However, that didn’t hold back the boys from making through the semi finals, winning against DCS. It was an excruciatingly tiring game for the Cobras but the team was looking forward to playing in the finals against DBIS, a team that had gotten the best of DC previously.

The finals was a hard fought game but DC managed to come on top with the help of two great goals by Taison Clements. The Cobras took the ISSFHK banner by winning the game 6-1. It was a great season for the team and an achievement to be proud of. Looking towards next season, some players may not be playing again, but the team looks to cherish this moment and aims to continue the fighting spirit in the coming year again.

In the U12 Play-off semi final DC lost the game against ICS. The team started strong at first, but the weather impacted on the girls and their performances deteriorated.
Woman of the match vs ICS: Lea Jakimicova

In the 3rd/4th play-off match vs Harrow, the game was tied 0-0. With DC staying strong and not letting the ball go into the goal. The girls had many opportunities to score a goal but were unlucky. Due to the tied match, it went to penalties.

In the penalty shootout, DC scored 2 out of 4 and Harrow scored all 4 resulting in a win for Harrow.
Woman of the match vs Harrow: Lisa Trimingham

Overall, the girls should all be very proud of themselves. Every single one of them played excellently throughout the season. No matter how challenging the opponent team was, DC always put up a fight. Finishing 4th in Division 1 table is a great achievement with a young and fairly inexperienced team.