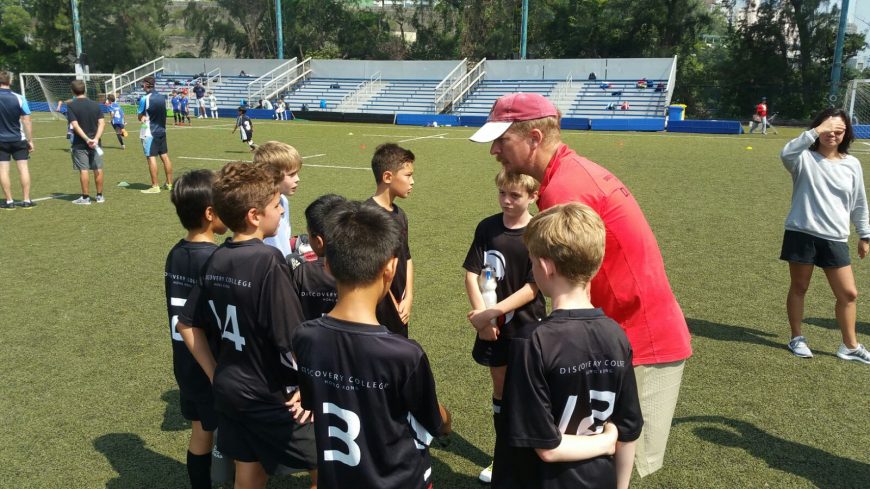 Wednesday 25 October saw a 23 strong gang of excited Y6 boys and girls heading to King’s Park for the DBIS/ICHK HLY Y5/6 Boys & Girls Football Tournament. With our Y5 students on camp this week, the opportunity was given to our Y6 students to enjoy a day of football action. You can see a video of the tournament HERE.

The Girls team, which had been put together the previous Thursday, worked well together. Mrs Tracey Eales, in her second ever game of football as a coach was very positive of the team’s spirit and skill on the field. Results for the team were as follows;

The next and final tournament for the girls will be the DC event which is hosted at Discovery College on Thursday 16 November. Come and support our teams!

We were fortunate to have the opportunity to enter two boy’s teams into this competition. The B team was coached by Mr Caesar Chung who says the team played well in the group stage. The highlight in group stage was not conseeding a goal. The team fought to the end in the semi final demonstrating good spirit.

Mr Trimingham was in charge of the Boys A team who had a tough start agains the eventual winners, Kennedy. The team was able to pick up two wins in the group stage to keep the spirit and competition high. Results for the team:

The next and final tournament for the boys will be the ESF Tournament to be hosted on Saturday 2 December at KGV. Get there and support our teams.