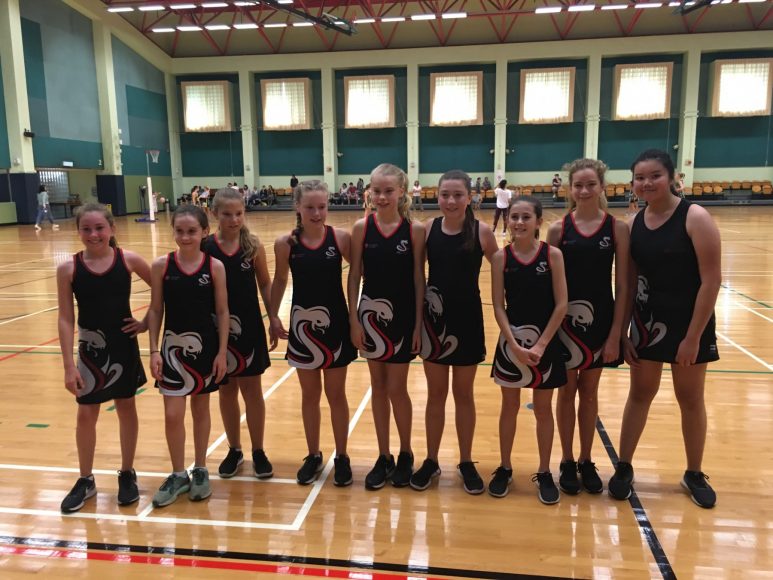 On Saturday 25 November the U14 Black Netball team played against the Hong Kong Academy Dragonflies in our best match yet. The final score was 39 – 6. Given the comfortable score difference, we tried new positions out of our comfort zone. Doing this was really helpful as hidden talents were discovered. Winning this game meant that we would move on to the finals against one of the toughest teams in the division – AIS.

On Saturday 2 December the team played against AIS. The DC Cobras U14 Black Netballers did really well. We worked well as a team and played our hardest as it was our last game of the season. We had good defence and made lots of great passes so we could make as many goals as possible, and we ended up winning 21 – 11. We gave it our all. All players have made such a difference in the team as we all have an important role. During this season we have all showed remarkable improvement. The team placed 3rd on our ladder and overall 5th in the division. Well done to our team: Ayla Dewilde, Caitlin Ellis, Isabelle Mexted, Jess Inkin, Michelle Widjaja, Millie Tarrant, Tara O’Brien, Savanna Udall and Zoe Boznos.