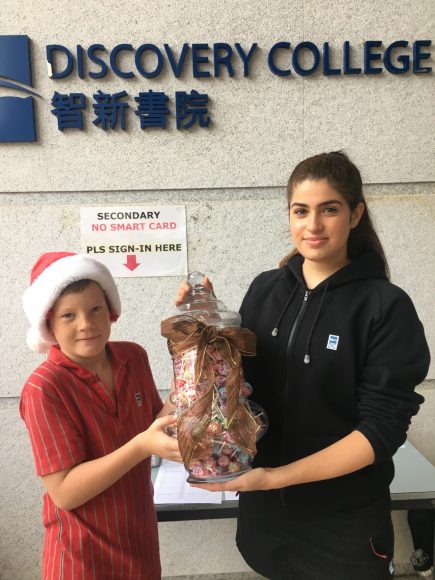 On 20 September 2017, Hurricane Maria made landfall in Puerto Rico. The effects of Maria are still evident all across the island, even over two months later. Many citizens are left without electricity, fresh water, transport or medical care. Although 98% of the island’s hospitals are reportedly open, very few of them have steady electricity to run oxygen tanks and other life-saving equipment. There are a confirmed 64 deaths, however, it is likely this is inaccurate.

“Unidos” a U.S based charity run by the Hispanic Federation is a recognised relief fund to combat the destruction and desperation the island is facing. Caitlin Omey, a DC student, created a lollipop guess to raise money towards this charity as well as raise awareness. In the end, student James Wade guessed the closest number and won a total of 332 lollipops. Caitlin raised over HK$1,000.