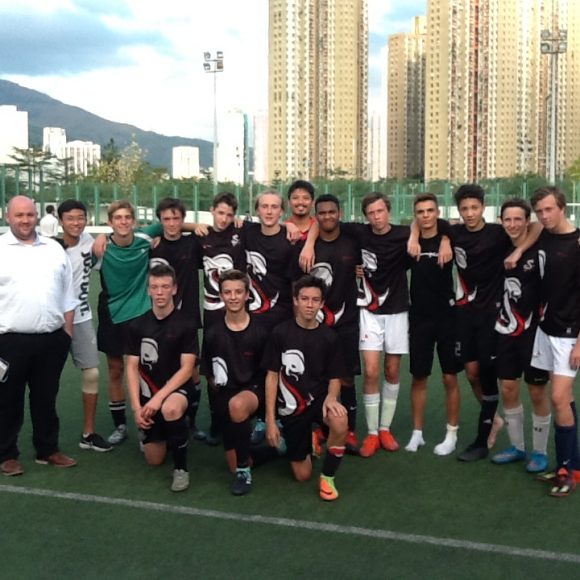 On Wednesday 29 November the U20 Boys Football Team played in their first ISSFHK Challenge Cup fixture against International Christian School. The coaches talked about pressing early on defence and starting strong, and the team did exactly that. Gabriel Niles scored an early goal to get the Cobras ahead. The team did not let up after scoring and kept working hard in defence and offence in the final third of the game, forcing turnovers. The opposition were not able to play very well in defence and their long balls were mostly comfortably dealt with by our defence, led by Casey Colon.

Quinn Halsey scored two goals and Matthew Wildemans added another to put the game out of reach. Henry Moore then rounded up the scoring to make it 5-0 for the Cobras.

The next game for this team is on Wednesday 13 December against Harrow. The game will be played at Harrow, starting at 4.30pm. Get along and support our boys.