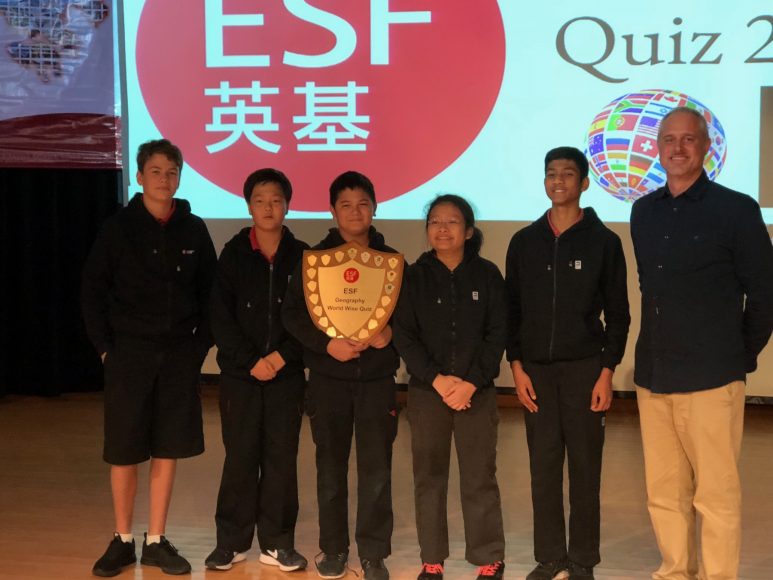 The annual Y9 ESF Geography Quiz was held at West Island School on 10 January 2018. As per previous years, the field was very competitive and made up of some extraordinary Geographers all keen to vie for the trophy and title. The DC team was made up of the following students: Daniel Charters, Krijn Kersten, Hazel Wun, Hyung Jun Kim and Kershaun Mathew.

The competition has a number of rounds with scores being announced periodically. In the end, it came down to a draw between DC and Shatin College, so there was a sudden death decider. One student was chosen from each team to answer a question and whoever got the closest to the correct answer won. Hyung Jun managed to take it out for DC, making us winners for the second time since the competition began. Well done DC.