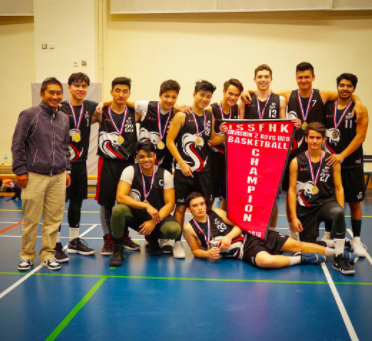 This Tuesday 6 February, the U20 Cobra Boys Basketball team went to YCIS to play their final game of the season at the ISSFHK finals against YCIS. Coming off the back of an underwhelming performance at ACAMIS, this unprecedented championship was something that the entire squad was hungry for. A disappointing semi-final loss against RCHK at ACAMIS had deflated the Cobras, but during the 3rd place game, everyone on the team was ready to win and carry the momentum forward to the ISSFHK finals. The Cobras won the 3rd place game convincingly, and did indeed use the momentum to carry them to an ISSFHK championship.

After facing disappointment for the last two years at the ISSFHK champs, the Cobras were ready to come out and leave everything on the floor. They did exactly that. From the get go, the Cobras were looking to dominate the game, and despite the game being fairly competitive at halftime, the Cobras absolutely ran away with it, and won with a convincing 71-54.

Overwhelming emotion and passion was displayed by the Cobras, as they finally earned the first ever ISSFHK U20 basketball banner, a moment every single member of the team will cherish going forward.