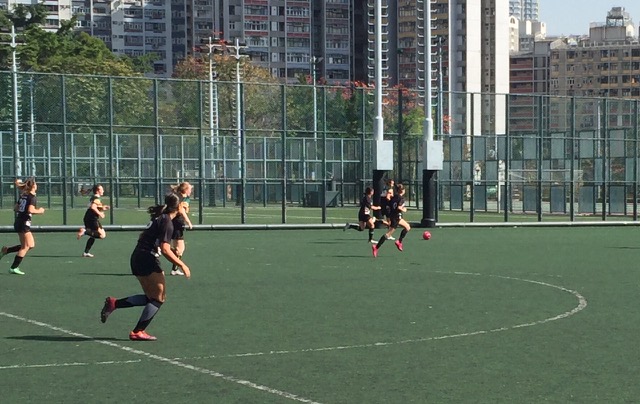 On Sunday 11 March, it was a very tight game and all the players played hard. Unfortunately it was not enough as the ISF Coyotes were too much to handle for the U14 Blacks and we were ultimately beaten by the score of 9-17.

On Sunday 18 March, the U14 Black Netball team played against the AIS Kookaburras. We won 17-10. In the first quarter, the score was 2-4, AIS was good at their passing and defence. In the second quarter, the points stayed almost exactly the same 4-6. Our defence was coming up and we were coming together. In the third quarter, everyone was doing their best and our efforts paid off. The score was 9-7 and we were in the lead. The last quarter was the most nerve wrecking quarter, if AIS caught up, DC may have lost. In the end, we won 17-10.

The U16 Boys were on the road on Thursday 15 March, at Chinese International School to play Victoria Shanghai Academy, Harrow and the host. The boys came up just short against VSA and lost 2:3 with some very close games. They bounced back to beat Harrow 3:1 and finished the day with a dominant victory over the host, CIS with 3:0. It was a very good outing for the boys and the team was happy with the results.

On Thursday 22 March, the U16 Boys put in a strong showing demolishing HKIS 3:0 and beating the highly favoured RCHK 3:1. They are now placed at second on the U16 Boys ladder.

On 20 March, the Under 12 Boys Badminton team had their first game against CDNIS. The boys came out strong winning three games convincingly and losing by narrow margins in the other two games. The next game was against Harrow. The team played well but went down 2:3.

Our U12 Girls continued their unbroken track record confidently beating both CDNIS and Harrow 3:0 on Tuesday 20 March. Their form has them currently running at the top of the U12 Girls table.

On Tuesday 20 March, our U14 Girls fought hard in the matches against two very strong teams, RCHK and KGV. We won two games against both schools, but ended up losing 2:3 to both. We are making progress and hopefully we can do better and better.

The U20 Girls Football team played Australian International School and lost 4-0 on Wednesday 21 March. Well done to Katie Edwards who was persistent in attack, Sophie Telford for her strong kicking game and corners, Shanna Forrest for her strong attack and Divya Nebel for her tireless defence. 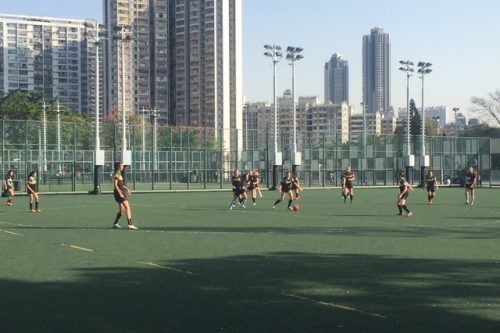 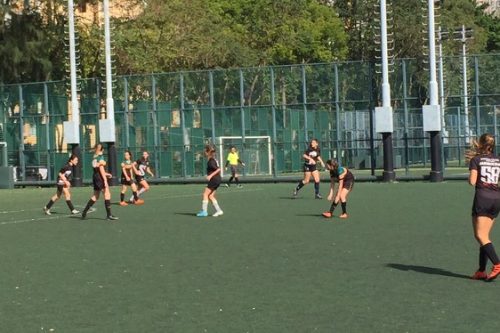 On Wednesday 21 March, the U16 Girls Badminton team returned victorious with two convincing wins. The first match was against ICS with the Cobras winning three games straight. The scores were: 1st Singles (21-10), 1st Doubles (21-10) and 2nd Singles (21-11). In the second match, the Cobras played against KIS. This was the second time against this team, with each player/doubles pair increasing their winning margins in their respective games. The final score was 3-0. The team played exceptionally well and supported their team by umpiring, being line judges and through their encouragement. The next game will be held next week at ISF with matches against DSC and ICS.

On 22 March, the Cobras came out strong and scored the first goal. The game was mostly controlled by DC but the Cobras could not get the insurance goal they needed and were eventually punished. ICS equalised during injury time and took the victory away from the boys.