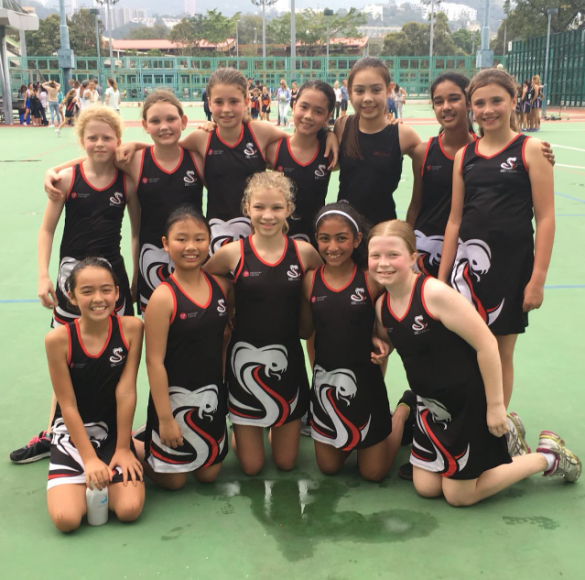 Our first game in the ISSFHK League on 8 March was against KGV at the KGV ground. In the first half, KGV was able to be the more dangerous team going forward, scoring the first two goals. This meant we went into half time 0-2 down. This was the result of us having a poor start to the game, and not moving and keeping the ball well enough against a tough opposition. However in the second half, we came out much stronger, being able to score two goals, both from crosses, courtesy of Gabriel Niles (Y12) and Eoin O’Grady (Y13). However, they were also able to put two past our defence, meaning the game resulted in a 2-4 loss. We had a lot of positive takeaways based on our second half performance. Our man of the match was awarded to Gabriel Niles (Y12) for his great work rate and helping us stay competitive for the duration of the game.

The DC/DBIS/AIS boys played KGV last Thursday 8 March. It was a challenging match for the boys but they kept pushing towards the end and scored two tries against the opposition. The boys conceded six tries to KGV, who played very very well.

On Sunday 11 March, our DC Cobras U12 Netball team played the Clearwater Bay Typhoons. This was our first match against them and they were a great team with some strong boys playing in critical positions. We tried our best and unfortunately it wasn’t enough this time. After the first half, we had only a few goals and the opposition were 10 points ahead of us. It was great then to see our team rally and keep playing our hardest. With fewer faults in the second half, we gained ground on them but it was not enough and we finished the game with a 9-19 loss. Well done to our team – Caitlin, Hannah, Isla, Jasmine, Jessie, Julie, Maia, Minnie, Nicola, Nicole and Siena. Keep going strong into the finals! 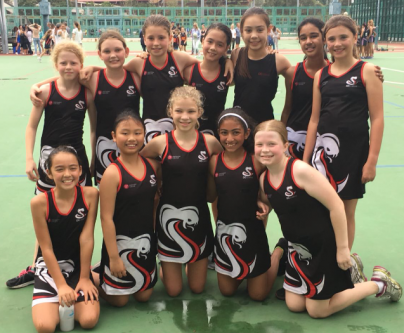 On 13 March, the boys got off to a strong start beating Australian International School 3:2. In their second match they were up against a very challenging opponent – Victoria Shanghai Academy. With two games at deuce and one game at 19:21, they came much closer than the final score of 0:3 would suggest.

On 13 March, the U14 Badminton team had their first game against Harrow International School. The boys fought valiantly but the team lost 3:0. The next game was against VSA. The team played a few very close matches but went down 3:2.

On 13 March, our girls played against two strong teams. Although we lost 0:3 against KGV and 1:3 against Chinese International School, our girls showed great effort and played well in some of the games.

This week on 13 March, AISHK were not available so our team borrowed four girls from STC. Together the 10 girls played four very tough but enjoyable games of contact rugby. The layers were set goals for each game; running 10 metres with the ball in hand, joining two contact areas and etc. These results meant that DC placed fifth going into the final round next week to be played at Harrow. Player of the Game goes to Jessica Hauptfleisch for her presence around the field and solid defence.

Having been placed in Div 1 for this week’s tournament the U12s were guaranteed some tough games. On 14 March, the first game against WIS was a close match with DC going down 4-5. This was a much improved effort compared to the first game against the same opposition. The next two games saw good wins against CDNIS and HKIS. The last game of the day was against the strong Kellet team and although we lost 2-4 the boys put in a great effort. Some great running tries were scored by Trent, Ryan and Sean, but the highlight was Jame’s tackling.

The U20 Girls A Football team played Harrow on Wednesday 14 March and lost 8-1. Despite the score the girls played some of their best football this season passing effectively and putting the opposition under pressure to score a brilliant goal. A special mention goes to Rhea Nebel who played an outstanding game in defence, Linn Wolmebrant playing with her injured ankle, Paige Bailey who was tireless in the mid-field and Katie Edwards for her success on attack. 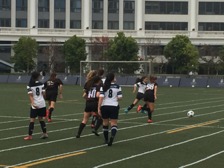 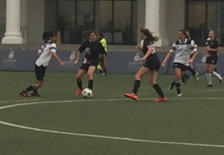 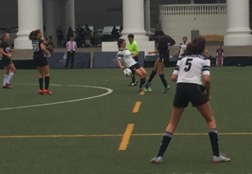 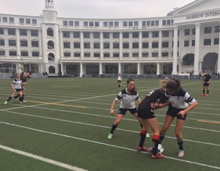 Our second game in the ISSFHK league was against Harrow International School at their home ground. Our boys came out strong right from the beginning, scoring two goals in the first half, both from Henry Moore (Y11). We had the majority of possession and pressed well as a team, not allowing them to keep the ball for very long. We continued to play very well in the second half, being even more dominant, and despite the physical challenges of the game, we were able to obtain almost all of the possession. A goal from Gabriel Niles (Y12) and an outstanding long range effort from Kazuya Kai-Olowu (Y13) secured our team a very well deserved 4-0 win, getting us back to winning ways. The man of the match was awarded to Casey Colon (Y12).

On 14 March, the Primary DC Cobra Y5/6 Mixed Basketball team played in a 10 team tournament at Kowloon Junior School. The Cobras battled hard against tough competition through the round robin but unfortunately were unable to secure a playoff spot. The Cobras did however gain valuable tournament experience and gain insights into skills they need to improve on at future practices. It was a fun afternoon competing against schools from around Hong Kong while playing basketball alongside teammates and friends. 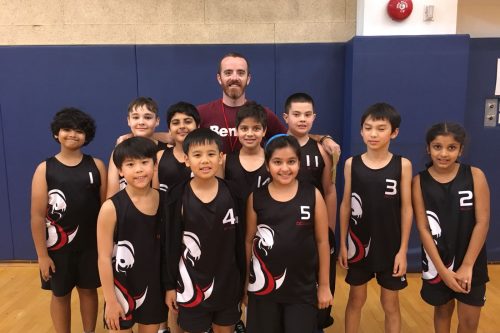