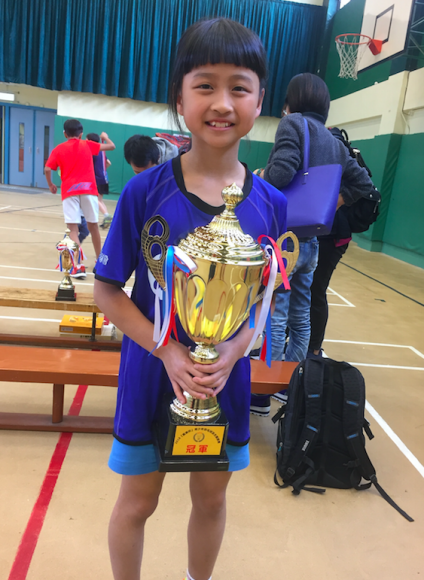 On the 31 March, Coraline Lo in Y5, took part in the Children’s Cup team event with two team mates in the U12 section. Her team came second in her pool to make the finals. They had a hard game in the semi-finals but powered home in the final to win 3:0. A very special part of the prize was for the winners to play a short game against HK Men’s No. 1 Angus Ng (pictured below with Coraline).