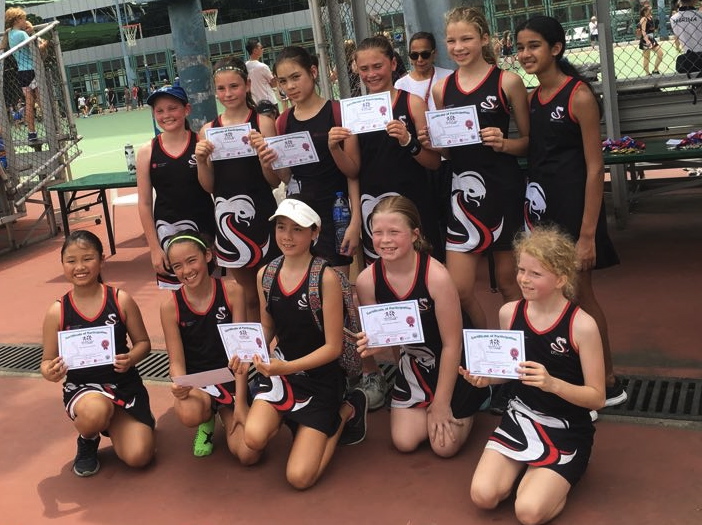 On 22 April, DC Cobra U12 Netball team competed against the ESF Wildcats in a nail biting bronze medal match. The DC Cobras played at their best with our fantastic players and great sideline support. Our players had brilliant defence, shooting, attacking and intercepts. The end result of the game was 14-10 to the ESF Wildcats, but great teamwork, determination and sportsmanship was displayed by the Cobras! Congratulations to the U12 Netball team: Caitlin, Hannah, Isla, Jasmine, Jessie, Julie, Maia, Minnie, Nicole, Nikola, Sienna and Yvey. 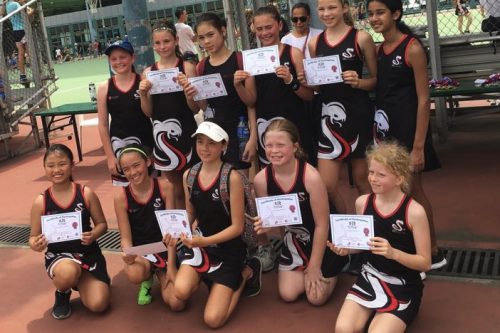 The U12 Boys A Football team had their second match of the season against AISHK on Monday 23 April. The team continued to gel together playing some nice football and working for each other. This resulted in an 11-1 win with some great team goals and a whole range of different scorers. There are some tough matches coming up and they will need to keep fully focused on their individual roles within the team for us to get positive results in these games.

The Cobras U12 Boys B Football team played an outstanding first game against the Australian International School on Monday 23 April. The boys ran out with a triumphant 4-2 final score, as Neil Khanna and Dylan Thomas all scored amazing goals. The first goal came from Neil with an assist from Dylan. A free kick was taken quickly and Neil tapped it in while the keeper lay on the floor in confusion. The second goal was scored by an AISHK player. Cole Thomson took a corner and curled the ball directly into the danger area. The defenders panicked as the DC attackers closed in and one unlucky defender volleyed an unstoppable shot straight into his own goal. The third and fourth goals were scored by tricky winger Dylan Thomas, assisted by Sean Tsoi. Dylan went on a mazy run, dribbling past several players, into the box and scored a net-buster. AISHK’s second goal came from a penalty which surprised everyone on the pitch and a great shot near the start of the second half that Yuval Tomasis in the DC goal could do nothing to stop. Overall the team deserved the win and played well in their first match of the season. They were also very happy with their performance and look forward to a successful campaign this term.

Y5/6 Touch Rugby Tournament
On Tuesday 24 April, the tournament was suspended halfway through because of thunderstorm warnings. 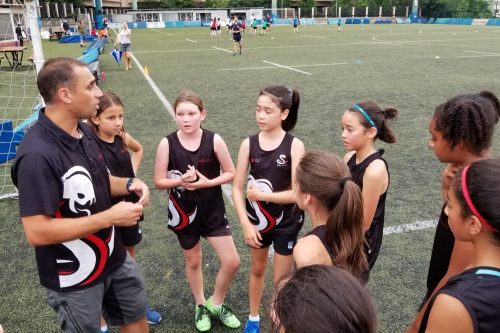 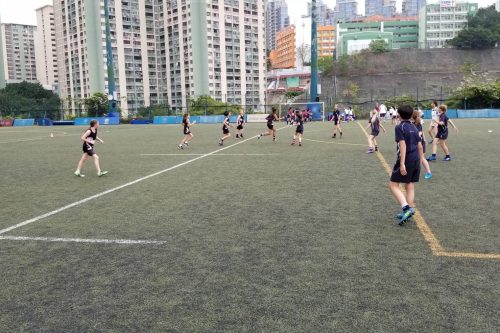 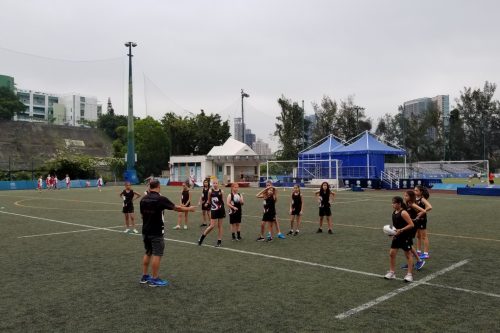 First half of the game: 3-0
On Tuesday 24 April, very confusing first half, the field was not properly marked therefore we used half the space without realising we could be using more. We did not play so well in defence as the majority of the time we were offside – need to work on paying attention to where the ref is and remembering to go back 5 m (although the 5 meters marked by the ref seemed to be a rather long 5 meters). 3 ups were too slow, we need to be the ones touching the other player and putting the ball down as we touch them.
Second half of the game: 1-2
A much better second half. We played with a bigger field and we were able to use space better as they did not have any subs therefore we could afford to get tired. During this second half we started getting the hung of the game, doing 3 ups faster (we still need to work A LOT on them). We paid more attention to where the ref was, playing better in defence as there were less offsides than during the first half. Georgia Rivers scored a beautiful try, getting passed the players about half way though the field (this really got the team going and gave us hope).  During this second half we put up a tough fight for the other team, only conceiving one try. Daneika Fong scored our second try as a result of quick three ups and good and fast team work between her and Marina Garcia Saenz.
Overall, we performed pretty well considering it was the first game for most people. As mentioned, the first half was pretty confusing as it is a very quick game, much quicker than what we are used to in training therefore it took us a while to get the hung of it. Everyone gave their best. Most players play football together so there is chemistry between all of us (a pretty important factor on the field) therefore with hard training this team could have a lot of potential. There was good communication although people on the wings need to call for the ball more.
Things to work on: Defence, 3 ups

U12 Girls A Football
DC (1) KSHK (1)
The U12 Girls A  Football team played Kellett at DBIS on Tuesday 24 April and drew 1-1. The Kellett team holds a clear physical advantage over the DC team and it showed during the aerial battles. DC girls did enjoy seeing more of the ball and kept the ball on the deck for the most part. Kellett however opened the scoring against the run of play, taking advantage of a defensive chaos. DC worked hard and got their much deserved equalizer via a deflected shot. DC had a few chances to notch the match winner but it wasn’t to be for the Cobras and they had to settle for a draw.

Our U14 girls did their best but we lost to CIS 0:3 and RCHK 2:3 in the finals. The match against RCHK was very exciting and our girls played exceptionally well. They have built up a team spirit which is something more valuable. Well done to our girls and congratulations on getting the fourth place.

DC Cobras U12 Netball (Report prepared by Jessie Hudson)
DC (8) SCAA (17)
On Sunday 25 of February we played SCAA. During the game we had ups and downs, but over all we tried our hardest and played the best we could. Over all the score was 8-17. We were slow at the beginning getting back into the groove of competitive netball after the CNY break. The second quarter we won and that lifted spirits. The next two quarters were tough and ended in a loss.  * Note: This article was missed from the 2 March Newsletter