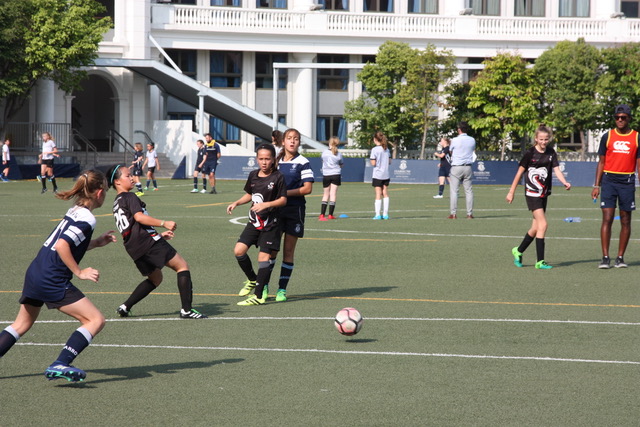 On Wednesday 2 May, the Boys A team had their toughest test of the season so far and ended up drawing 4-4. The boys took an early lead and had several chances to extend the leas before conceding 30 seconds from halftime. In the 2nd half they found themselves 3-2 down after Harrow stepped up the pressure and pulled some of our players out of position with good movement. DC then got themselves back into the game with a fortunate penalty and then a good finish. There were then several opportunities to finish the game off, but they were missed and we paid for this right at the end when we conceded after their player ran through the heart of our team. It was a good game and gave us the opportunity to see where we are at and be better prepared for the upcoming games.

DC Cobras were comprehensively outplayed in their away game at Harrow on Wednesday 2 May. Harrow have always been a tough opponent for DC and it proved to be the case again this season. Harrow made a great start and were 3-0 up in the first ten minutes. DC tried to get back into the game and Tobias Strandlund hit the bar with a great free kick but the superior fitness and passing of the Harrow team meant that DC were always chasing the game. At the start of the second half, Edwin Gustafsson scored to pull one back but it proved to be only a consolation as Harrow pressed on as DC wilted in the heat. A disappointing result.

The Girls A team had a great game against Harrow on Wednesday 2 May. It was a game that showed how much the girls have improved since the season started. DC found themselves 2-0 down after 4 minutes and rather than giving up they dug in and fought their way back in to the game. At halftime it was 2-1 and soon after the break the girls got it back to 2-2. A whole load of good chances were created and the girls were unlucky that the Harrow keeper had a great game and several of their shots were just wide or deflected away. It looked like DC would get the goal they needed, but after being kept out by the Harrow keeper they were then caught on the counter attack and the Harrow midfielder scored with a good long range powerful shot right at the end. DC almost snatched an equaliser, but it wasn’t to be. It is hard to imagine the girls will be so unlucky in a game again this season and they can hold their heads high with the great team effort they put in. 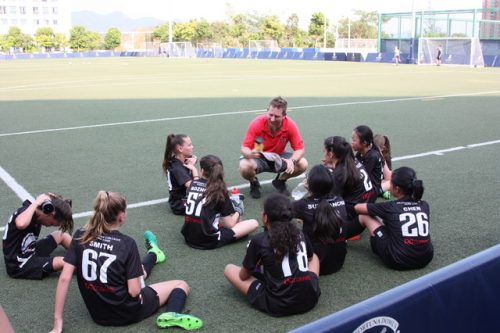 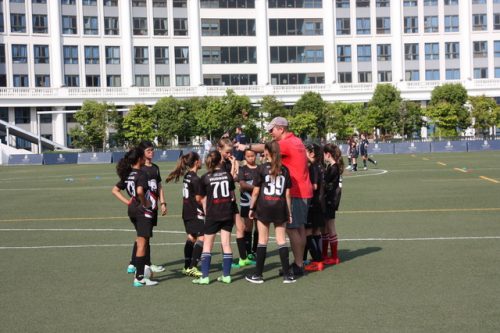 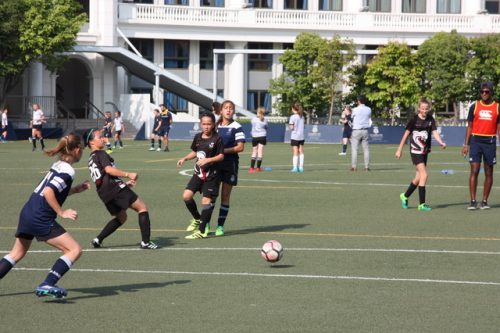 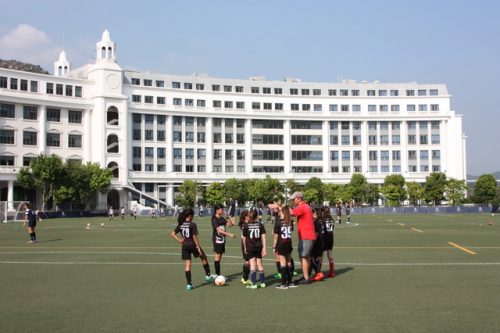 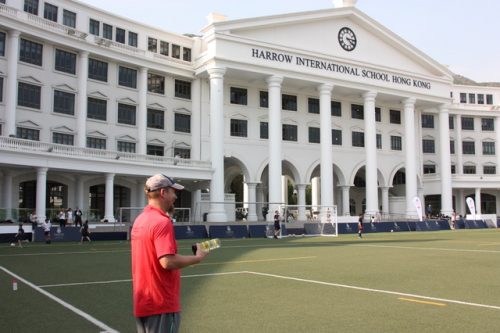 A very tough away fixture at Harrow on Wednesday 2 May left the team facing our sternest opponents yet; a very disciplined Harrow team, along with an unrelenting sun that sapped our energy from start to finish. Although the final scoreline is indicative of what happened out there, it’s fair to say that there was a lot of learning going on, as the team learned the importance of gaining and maintaining possession in midfield and Ines got to grips with how to successfully kick out from goal. Special mentions to the defenders Hannah and Caitlin, who managed to link up and prevented this from being a true goal fest for the opposition!

DC U12 Cobras proved that their previous heavy defeat was not weighing on their minds with a comprehensive demolition of DBIS on Thursday 3 May. Aided by a much smaller pitch and a greater desire to do themselves justice, DC were unstoppable in their biggest win this season. Dylan Thomas scored one to put himself at the top of the scoring charts and was then joined by Neil Khanna who got DC’s first hat-trick of the season. Wonder winger Daniel Fong scored the fifth as DC blew their opponents away with a clean sheet being the icing on the cake.

Football was the winner in this ‘blood and thunder’ defeat at the hands of DBIS. On Thursday 3 May, the team played some good attacking football but found themselves struggling to defend against a team that appeared to play with more passion than ourselves. Special mentions go to Aglae who worked hard in midfield, along with Giulia who is starting to take just that little bit more time on the ball!