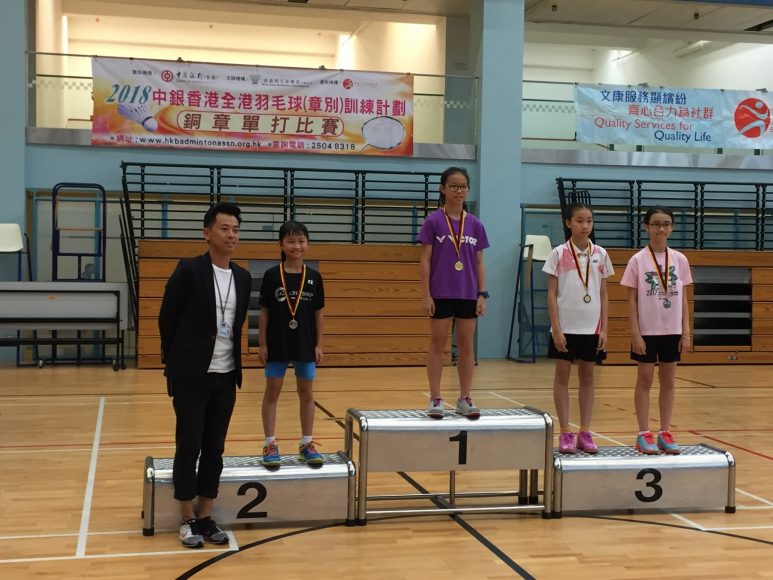 Recently Coraline Lo, in Y5, participated in HK-wide Bank of China Bronze Badge Badminton Competition. She confidently won three matches to make it into the semi-finals. In the semi-finals, she beat her opponent 31-16 to make the final play off. In the final she came up against  a player from the HK elite squad who was two years here senior. Coraline put up an epic battle to finally go down 16-31 and winning the silver.