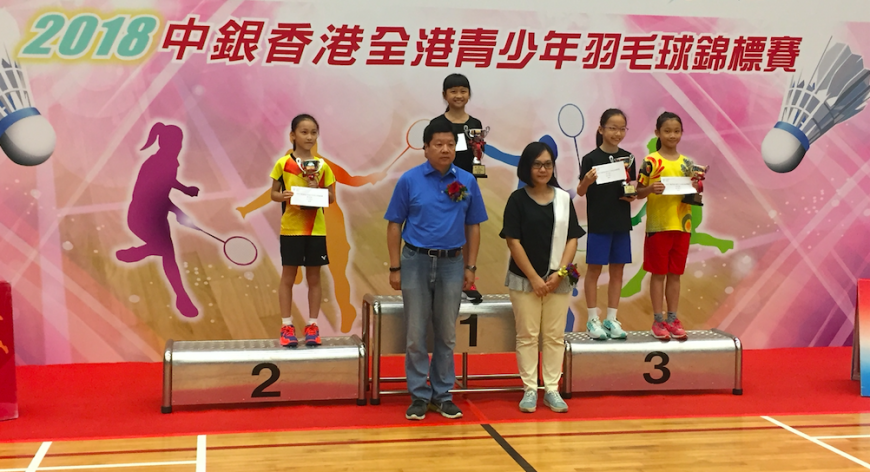 Coraline now No 1 in Hong Kong

Once a year the Bank of China Youth Badminton Competition is held over summer. All the top players come together to play out to find out who the best players are in their age group in HK. Out of the 120 girls in her age group, Coraline Lo won through numerous games to make the semi finals to win 21-13 and 21-19.  In the finals she played two confident games to beat her opponent 21-13 and 21-11, making her the No. 1 Under 10 Girls Badminton player in HK. It is a fantastic recognition of all her hard work and dedication.

Keeping it in the family, Coraline’s brother, Alfred participated in the invitational  Tong Chun Cup Badminton Competition over summer, involving players from HK, Macau and Dongguan. Playing in the doubles league, Alfred and his fellow club member Lok Ching Ho fought through to make the semi-finals, ultimately going down against Macau.