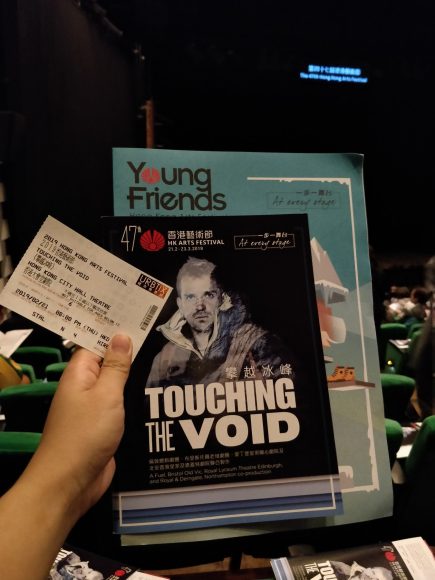 On Thursday 21 February 2019, just over 100 Y10-13 theatre students attended the opening night of ‘Touching the Void’, a play based on the true survival story, film and book by mountain climber Joe Simpson at HK City Hall. This follows the pre-performance workshop that the students participated last Monday led by the Young Friends of the HK Arts Festival (HKYF). This is the second consecutive year that Y10-13 theatre students are attending Hong Kong Arts Festival performances through HKYF. ‘Touching the Void’ is the first of six performances organised this year. In the coming 4 weeks, students will also see ‘The Nature of Forgetting’, ‘Ex Machina’, ‘HOME’, ‘King Arthur’s Night’ and ‘La Gioia’.

“I think the show was put on with great intent, and the portrayal of mountain climbing was done perfectly. The props used and the effort put in by the actors for climbing the mountain was excellent. Performing a mountain scene on stage is very tough, doing it with a metal frame must be quite the challenge, and I believe actors who played Joe and Simon did it perfectly. It was a great performance and a great way to display the true nature and true danger of mountain climbing.” – Xavier Carey, Y11 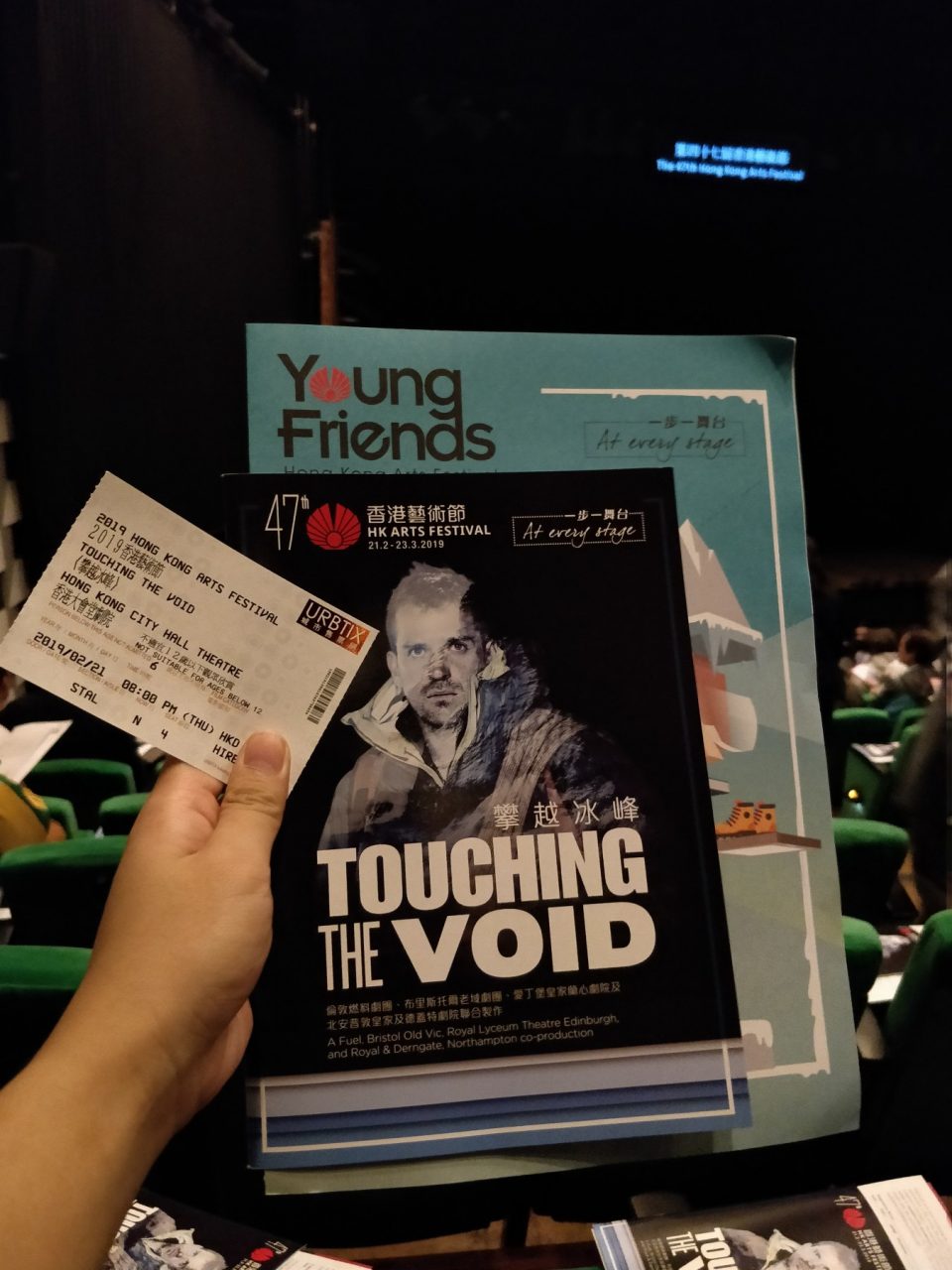 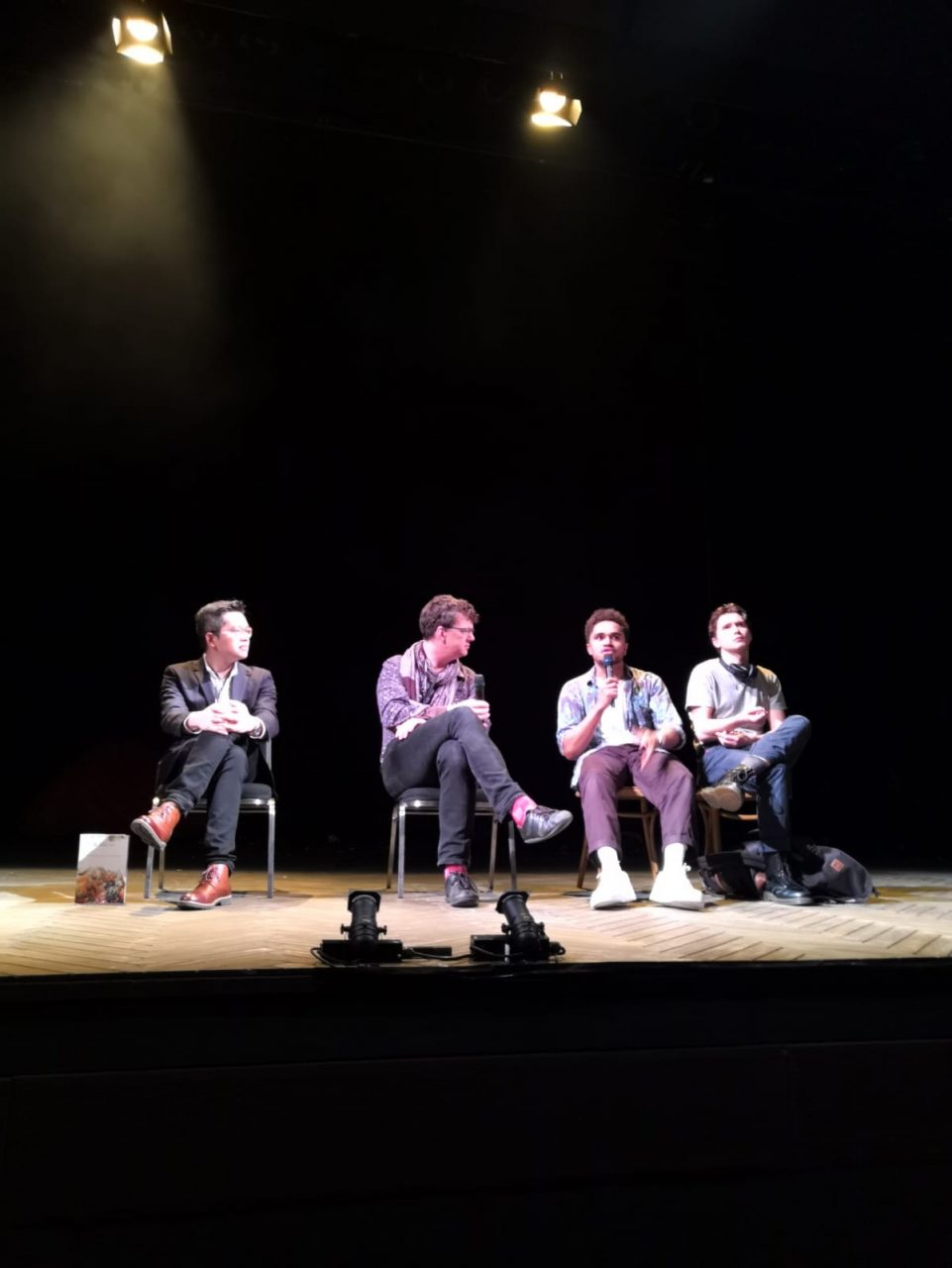 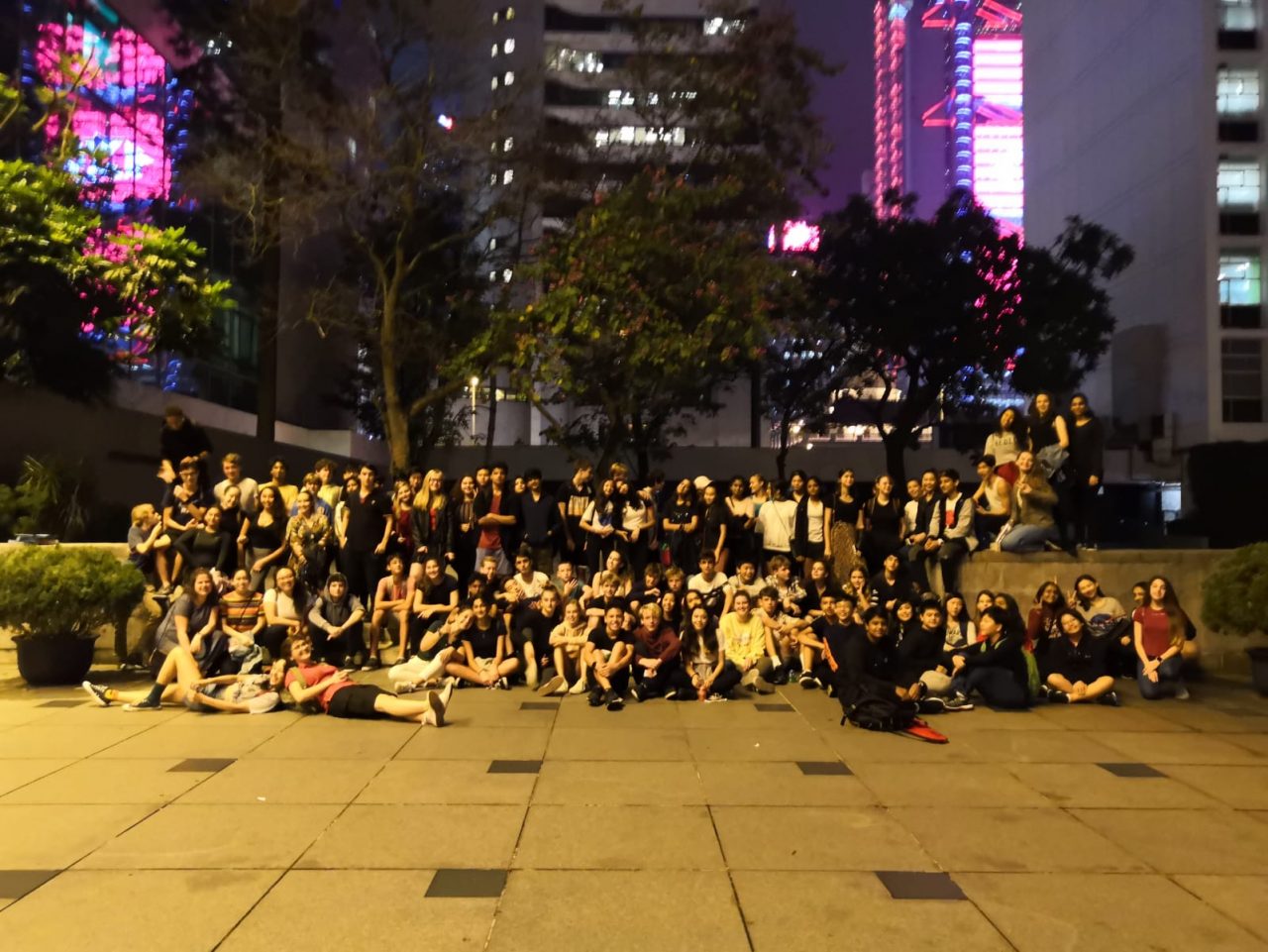 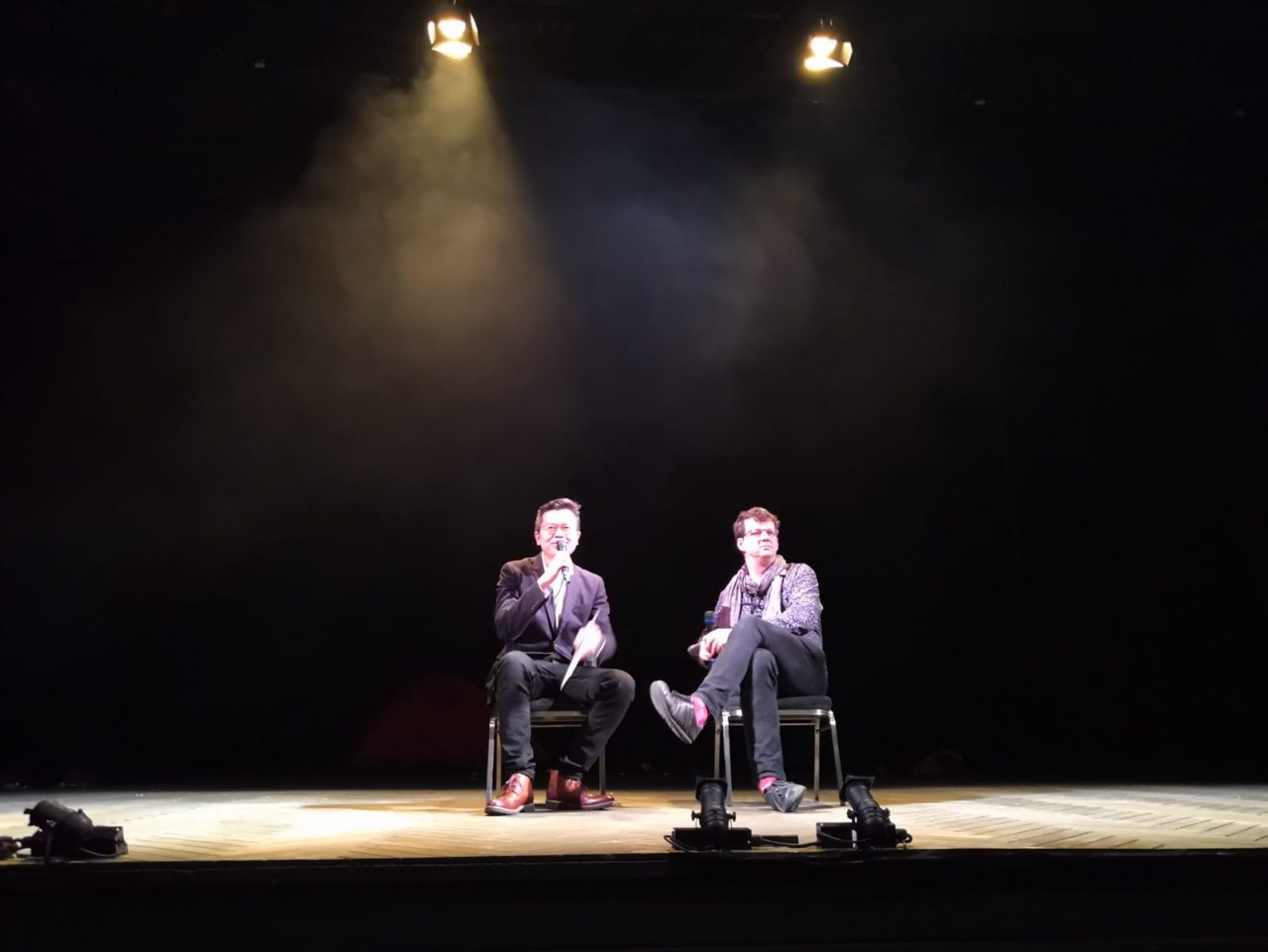