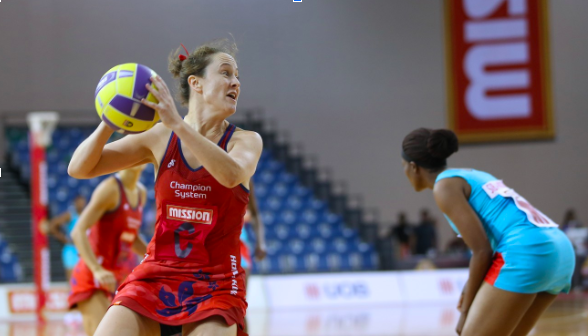 As you all know, Ms Kate Agars is a Vice Principal and the PYP Coordinator of DC Primary School, but did you know that she is also the Co-Captain of the HK Netball Team? This weekend she is playing in the Four Nations Netball Tournament. We know that she and the other players would really appreciate your support at the Kowloon Park Sports Centre for the games listed below. Best of all, it is FREE entry. The countries that the HK Netball Team will be playing against are Thailand (ranked 34th), Gibraltar (ranked 31st) and Malaysia (ranked 27th) The HK team is ranked 28th out of 39 countries, which we all think is a great achievement. Their aim is to get into the top 20.

Currently, Y6 students are working on researching their issues for the PYP Exhibition. Our Exhibition group is focusing on Gender Equality in Sports, which is why we interviewed Ms Agars. We asked how much she got paid for representing Hong Kong in netball. “We don’t get paid, but when we go on trips to different countries we don’t need to pay because our 3 sponsors pay those costs for us.”