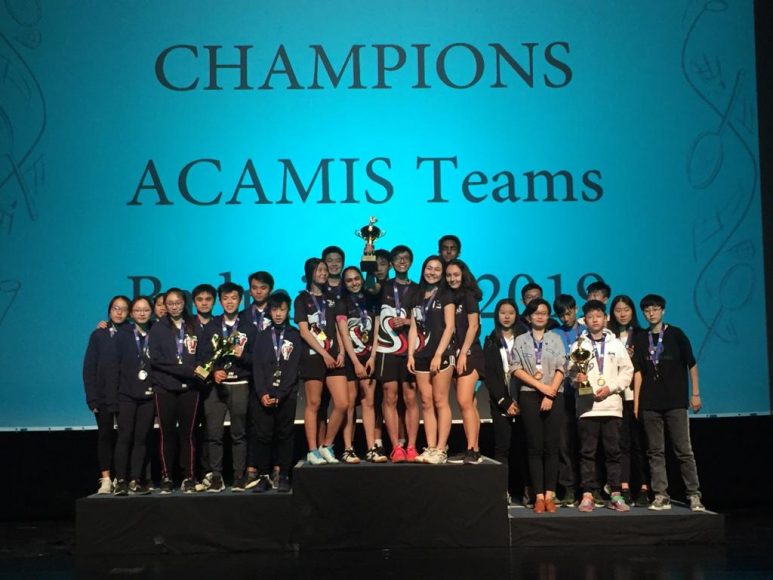 At the end of last term our Cobra ACAMIS Badminton Team headed off to Beijing to compete against 26 other international schools from China, Mongolia, HK, Taiwan and Macau. The first day was played in 4 pools to decide on who would play in each division. DC finished undefeated in their pool to head into the Division 1 playoffs for the second day against the top two teams from each of the pools. With some very close matches, our team made it into the finals undefeated. In the finals our players fought valiantly with scores as close as 18:21 in some games to finally triumph as ACAMIS division 1 champions. In addition to winning the team competition, our players also won the individual champion medals for boys singles, girls singles, girls doubles and mixed doubles.

This achievement is testament to the fantastic teamwork and positive support our team members gave each other throughout the tournament. Well done Cobras for an outstanding effort. Our team was made up of: Alfred Lo (boys singles), Anoushka Shahi (girls singles), Leila Bentley and Vivian Gu (girls doubles), Charlotte Riedel and Yu Arima (mixed doubles) and William Chang and Hashmeet Kainth (boys doubles).