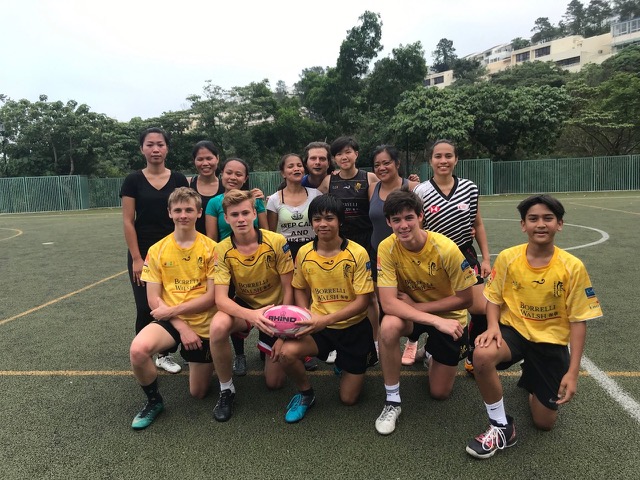 A fund raising tag rugby tournament was held on the foreshore last Sunday to raise funds to support a touch rugby programme for domestic helpers. The event was a great success and enjoyed by enthusiastic supporters. Six teams played and the winners of the competition were a Barbarians team, which had two DC students, Sam and Fergus Condon.

The event was organised by Enrich, a local charity which promotes the economic empowerment of migrant domestic workers and HELP for domestic workers. In partnership with the HK Rugby Union Community Foundation, they have formed two teams, the Exiles and the Untouchables, with plans underway to form other teams with the objective to provide a safe environment for domestic helpers to learn tough rugby on Sundays. 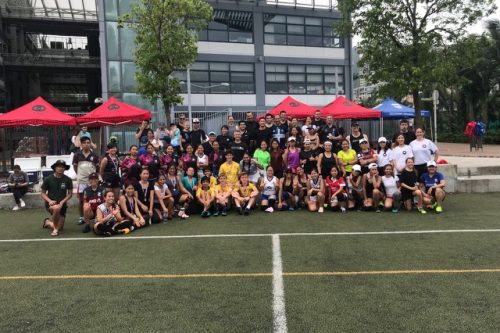 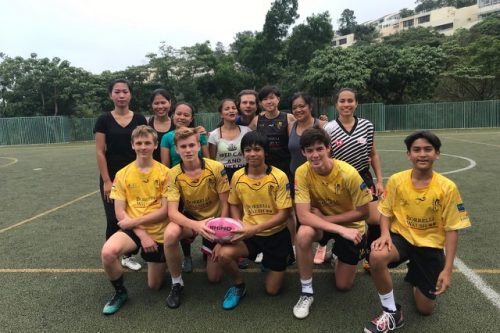