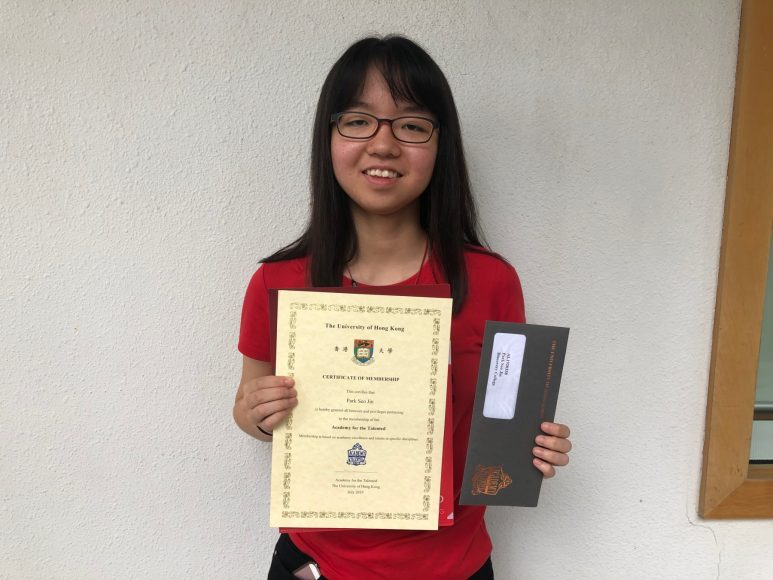 Over the summer, Seo Jin also participated in the China Girls Math Olympiad (CGMO) as part of the Hong Kong representative team. She was selected into the team of eight after five months of training by the Hong Kong Academy for Gifted Education (HKAGE) and International Mathematical Olympiad Hong Kong Committee (IMO HKC).

The competition was held in Wuhan, China, with 40 teams from around the world competing. Many of the competitors were two years older than Seo Jin. Seo Jin returned with the bronze medal from the Olympiad.