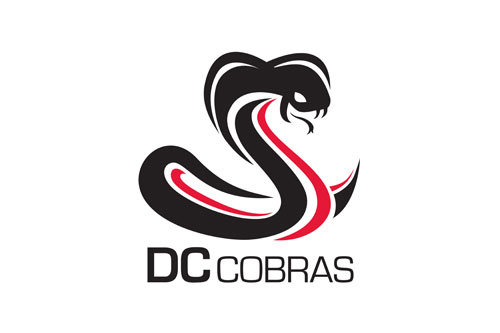 The 2019-20 DC Cobras Sports year started with great energy and enthusiasm for our school.

Discovery College entered 5 U14 Football teams this year to the ISSFHK competition. There were many positive remarks from the coaches and students, and it was great to have had two of these teams make the playoffs. As well as U14 Football, this year saw the introduction of U16 which was coached by a dynamic pairing of Year 13 students, Finn and Andrea, whilst being supervised by Mr Leithhead. This team made the semi-finals and having beaten their opponent during the season were unlucky to go down and miss a finals spot.

Our Cobra Swim Team represented the school well in mini-meets as well as the ISSFHK Championships. It was great to have 58 swimmers in the program who were guided by Kylie Wilson of Kyama Swim School, Hannah Gray and Kitty Tam. Unfortunately, this is Kylie’s last year coaching our Cobra Swim Team and we wish her all the best with her future endeavours. Achievements for the team this year included: Silver medals for the U12 Girls 4x50m Freestyle Relay and Bronze medals for the U20 Girls 4x50m Freestyle and Medley Relays at the ISSFHK Championships.

The U16 and U19 Netball girls enjoyed a challenging season playing in Division 1 of the ISSFHK competition. Although the Cobras came away with more losses than wins, the manner in which these three teams represented the school and played as a team in all of their games was fantastic. It was also positive to have so many people come and support the teams when they played at home. The snakepit is a daunting place when the crowd get behind our Cobras.

The Cobra Volleyball program continues to grow as we see our senior students mentor junior players coming through. The U16 teams had some good matches in the ISSFHK with a few very close losses. The U20 teams had good ISSFHK seasons with both winning their respective divisions and bringing back banners. Away for ACAMIS in Taiwan the teams played exceptionally well with the boys team narrowly losing in their semi-final game to come third overall. The girls played their hearts out to make the finals against the host school who proved the home crowd advantage definitely does pay off. A close final game and well-earned 2nd place for this team.

In early November DC hosted the ACAMIS Touch event which has now become an annual DC Cobras highlight. This year we entered two teams who both played well in hot and tiring conditions. Our development team which was made up of younger players was guided by some sturdy Y11/12 students and played well against teams who were older, more experienced and tough competition. This team were happy to take a win from the CIS B team which was an absolute highlight of their tournament. The A team progressed through their games with confidence and found themselves in the finals against a strong and very experienced YCIS Pudong team. The final was a back-and-forth game of well played Touch Rugby with the Shanghai school eventually taking away the gold medals.

Our Cross Country Runners were able to get to the majority of their meets before the school suspensions. The coaches were confident of placings and the potential of higher awards at the ISSFHK Championships but unfortunately this wasn’t happening due to the schools suspensions. The U12 Girls were hot favourites to take out the championships this year after developing as a team since Primary school. Colin and Damon had pushed each other to be the best they could be and were the “backbone” of the team this year according to Mr Rydeard.

It was again great to have so much interest in the Cobras Basketball program. With seven teams entered into the ISSFHK competition DC was treated to a high number of home games which saw great crowds attend. The U14 teams had a tough season but took away positives from each game. Our U16 Cobras enjoyed some good wins with teams working well together in all games. A positive in the boys was the leadership of the students who took charge of the teams and the manner in which the boys responded to their peers’ coaching and leadership. Both our Boys and Girls U20 teams started building momentum throughout their season with both teams looking good for playoff spots and developing well towards their ACAMIS Tournaments. However, this was not to be and unfortunately these teams were not able to finish their season out with school suspensions cutting the season short.

Unfortunately, we were not able to play our Season 3 or 4 sports (Badminton, U12 Football, Ultimate Frisbee, Cricket, Touch Rugby and U12/14 Netball) due to school closures and extended suspensions of sports. We are hopeful that these will be able to run in the next school year and look forward to getting these students back into sports.

A huge thank you to the coaches for the guidance and expertise you offered our Cobra athletes this year.

I would like to present the recipients of the 2019-20 DC Cobras Sports Awards, for teams that were able to play this year. Could I please ask these students to come and collect certificates from the PE Office during break times between Monday 15 – Friday 19 June. Congratulations to all recipients.

DC COBRAS SPORTSPERSON OF THE YEAR

Flo has had an excellent year in sports having represented Hong Kong Rugby in Womens 7’s & XV’s. Flo had the opportunity to travel with the HK Womens’ team to Canada in their efforts to qualify for the 2020 Olympic Games. The team narrowly missed qualifying at that event but are still in pursuit of the now rescheduled 2020 Tokyo Olympics. Flo has what appears to be a natural athleticism but has worked hard to develop her skills, strength and mental toughness to achieve the accolades she has. It is with great honour that we can present Flo with this award and we wish her all the best in her future endeavours.