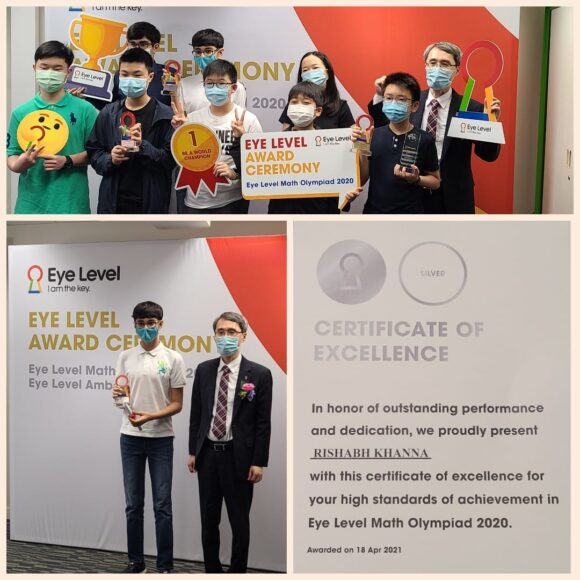 Congratulations to Jae Won Park and Rishabh Khanna in Year 9 for excellent achievements in math competitions.

During the Easter break, Jae Won and Rishabh teamed up and participated in the Secondary Remote Online World Mathematics Championship on 27-28 March 2021. The competition comprised of nine rounds over two days and tested participants on several skills. As a team, Rishabh and Jae Won won Silver in Communication while individually Rishabh won Gold in Knowledge, Silver in Challenge, and Bronze in Strategy Skill. This was their first time participating in this competition and they gained invaluable experience in spite of the restrictions with the online format.

Rishabh also participated in the Eye-Level Math Olympiad back in November 2020. He was invited to the award ceremony held in April 2021 and received a silver award for his year level on achieving 2nd rank in HK.

DC Term 1 commences for all students