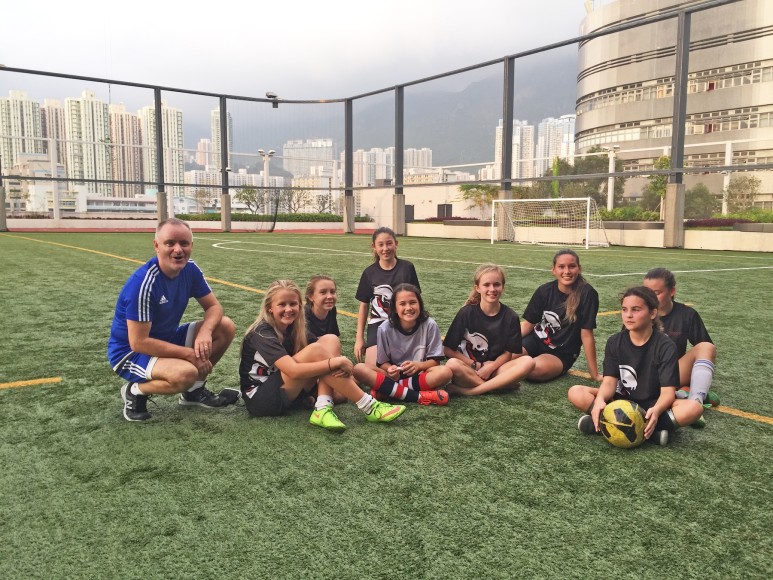 U14 Girls Football contend for the Cup

Some of the older DC dads – and perhaps mums – will no doubt remember a famous European Champions League semi-final between Italy’s Juventus and the little known English team Manchester United way back in 1999. On that sweltering night in Turin, a seemingly ‘down-and-out’ Manchester team, led by an incredibly selfless, quintessential captain’s performance from Roy Keane, who was booked in the first ten minutes and so was to miss the final whatever happened, stormed back from 2-0 down to win 3-2 to go through to their first European Champions League final in 31 years.

Emulating that team’s performance not just once but twice this year, against DBIS and the Canadian School, the DC U14 Girls Football team has worked hard and learned a lot from this year’s gruelling schedule of matches – and had a lot of fun.

As a deserved result of the efforts they have put into the games mentioned above, and in all of the others, including one played in torrential rain storm, they have made it to the finals next week at Kings Park. Well done to all of the squad: Georgia Rivers, Shanna Forrest, Mia Crawford, Lauren Sparks, Isabella Crisini, Sarah Mangel, Charlotte Nolan, Sophie Telford (Capt), Ariene Vizmanos, Sharon Jone, and Julie Guiral.