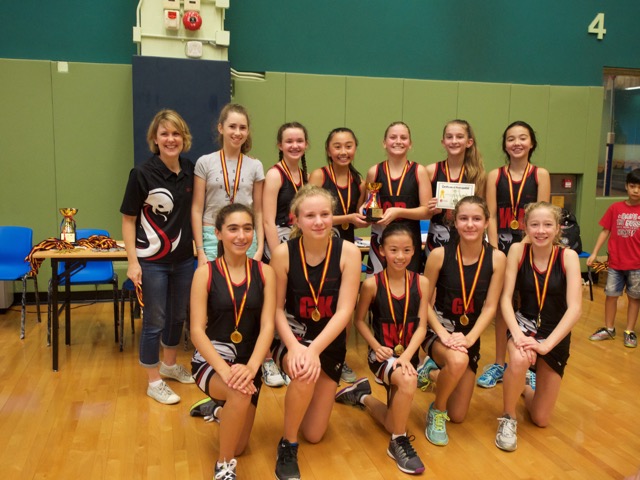 U13 A Netball Team Succeed in HKNA Season 2 Finals

The U13A Netball Team had a lot of supporters to watch the final against HKFC on Sunday 24 April. It was an exciting final with the being down by two points after the first quarter. The team came back in the second quarter and led by a narrow margin until the last quarter when they pulled away and won 20-13. As usual they showed great team spirit (if there was an award for this they’d win it) and implemented the skills they had learned. Renee Tan was awarded MVP for the match. A deserved end to their season.