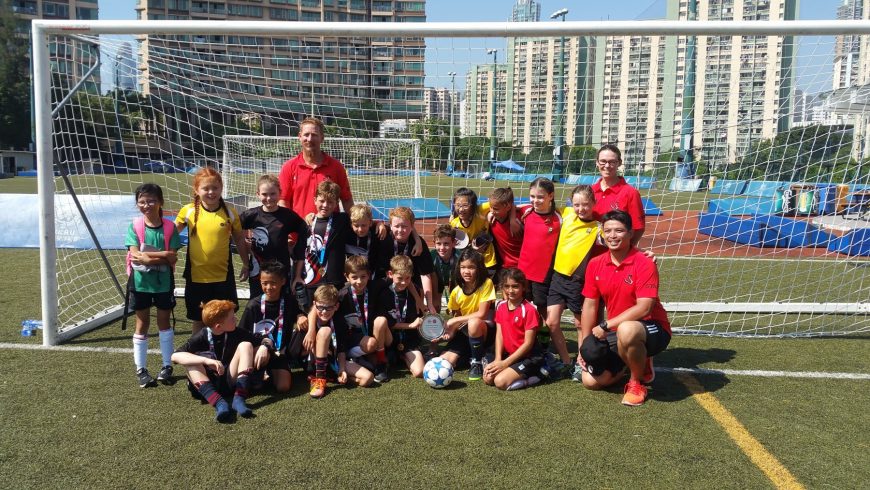 Last Friday the DC Cobra boys team took part in the ESF Primary Football Tournament. We ended up sending an all Yr 5 team as the Year 6s were on camp. The boys lost two close games in the group against an A and a B team and then beat an A Team in the final game to finish in 3rd place.

This put the boys in the Plate quarter finals where we defeated another B team and then proceeded to win a penalty shoot out against Beacon Hill A, before playing the final against QBS A and beating them 1-0. The boys did extremely well and showed that they will be a team to watch out for when they are in Year 6.

The girls also had a decent runout with 2 losses to eventual finalist RCHK and Kowloon Juniors, and 2 draws with cleansheets against other opponents in the group. The girls did not advance from the group but showed tremendous spirit and heart and would learn from this valuable experience.