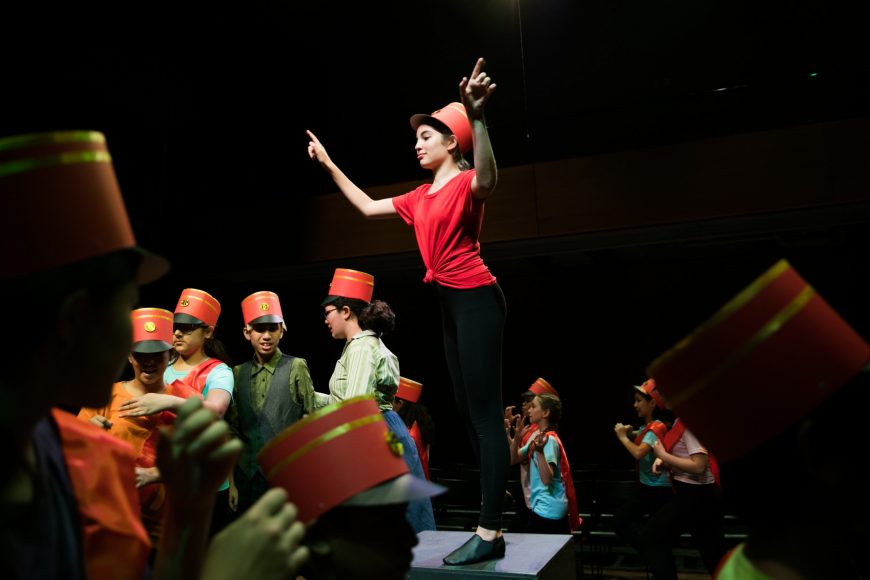 On the 3 May, the lower secondary production was performed three times in one day, to a lively and engaged audience. Our first audience during the official dress rehearsal were Y4 primary students, who cheered and laughed along with Ernie’s imaginings, while the afternoon and evening performances were to students, parents and staff attending, who were almost as enthusiastic as the youngest of Y4.

Audiences smiled at the grandmother being rescued by the helicopter, whooped the knock out count of the boxer defeated by 68 year old Aunty May, and gripped the edge of their seats as Mr Fraser rescued the librarian with the broken leg from the top of a mountain, and everyone tapped their feet to the glorious music of the infectious marching band that marched out of the doctor’s office.

What wonderful performances the cast and crew put on. Although they made it look easy, there was a total of more than 18 contact hours with students in rehearsal and production meetings, and doubtless many more hours of line learning and setting up required out of these times. Parents have supported us throughout the process, and without their tireless encouragement for the students, we couldn’t have done it.

All students involved were from Y7–9, and several students were performing or holding production roles for the first time, and they took their responsibilities very seriously. As a result, the stage crew helped all to run smoothly, the lights and sound created the perfect atmosphere and the students on stage performed superbly and really owned their work. The play is truly that of the students and we, as a Drama department, are so proud of them all. 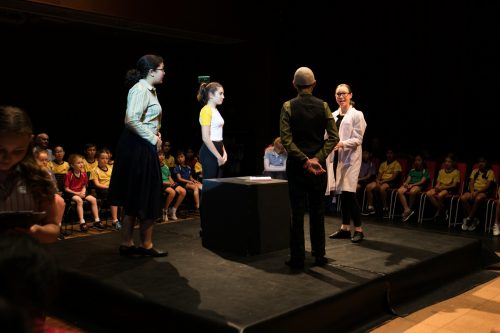 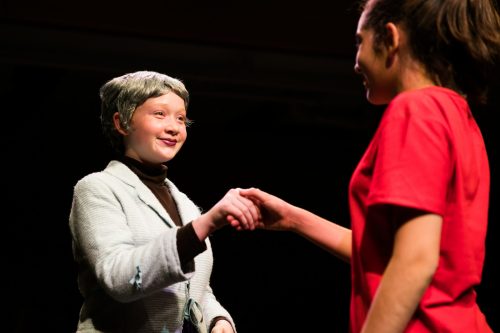 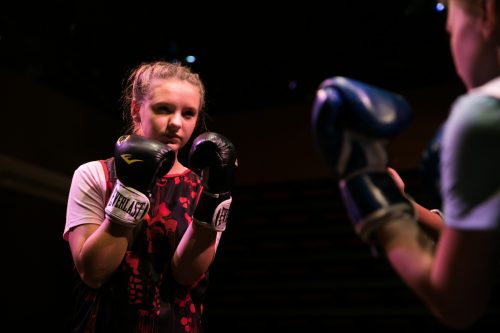 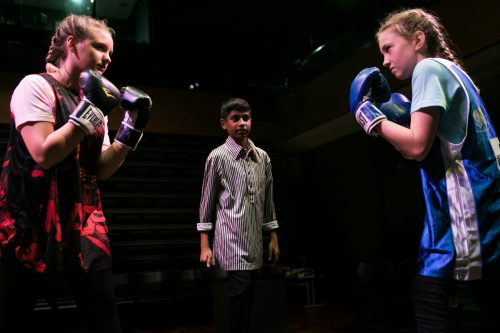 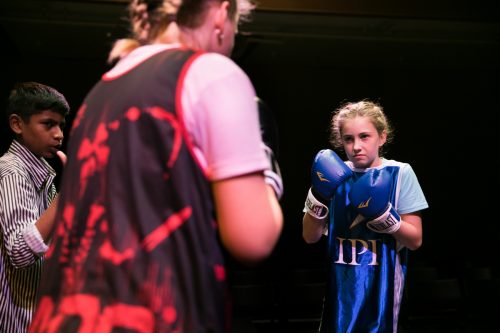 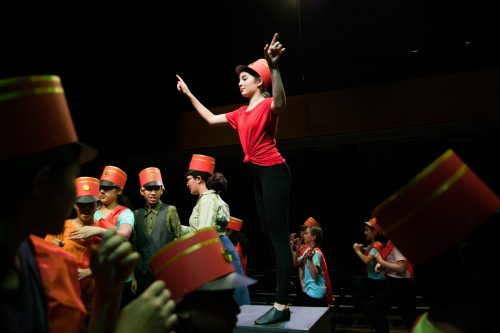