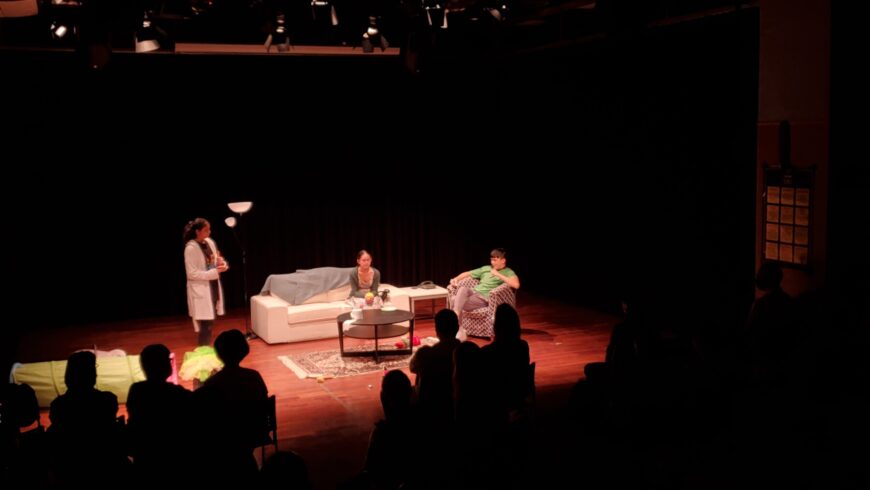 ‘Confusions’ satirises the eccentricity of human behaviour and loneliness through relatable caricatured characters in five interlinked one-act plays. The students performed four out of the original five; Mother Figure, Drinking Companion, Between Mouthfuls and A Talk in the Park.

And A Talk in the Park:

A big congratulations to the cast, and a massive thank you to the many staff involved in making this production possible:

Finally, a big, warm thank you to the staff, students, friends and family who were able to come see the show and support our Year 12s.