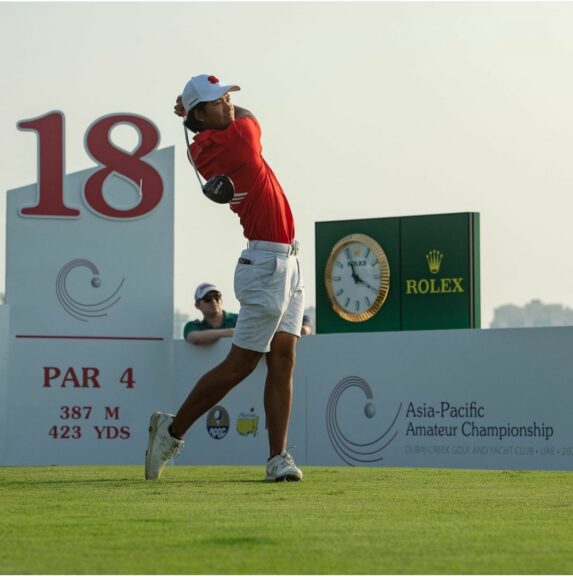 Recently, members of our Cobras golf team played in the HKGA Junior Championship on November 4th at the Hong Kong Golf Club and achieved some amazing results.

Congratulations to you all and we look forward to the next tournament.

On another note, alumni Taichi Kho, played the tournament of his life finishing in a play-off with the world number 1 amateur Keita Nakajima of Japan in the prestigious Asia-Pacific Amateur Championship played in Dubai last weekend.

Taichi shot 64 – 65 over the weekend to force a play-off. An incredible level of golf.

Taichi had a birdie putt on the first playoff hole to win but unfortunately, his putt just slid by. Nakajima birdied the 2nd play-off hole to win the tournament and more importantly secure a spot in the 2022 US Masters at Augusta, as well as the 150th Open at St. Andrews. Taichi would have been the first Hong Kong player to have played in the US Masters.

We are extremely proud of Taichi’s efforts and the incredible grace he showed in his defeat. What we did learn is that he is a star on the rise and with his work ethic, bigger and better things are coming his way.